The Convention represented one of the key components of a dedicated effort by BIR to open its doors to more companies in Latin America, thereby offering existing members new business opportunities and, in return, sharing their expertise in international trade and environmental legislation with those businesses from Central and South America.

A video review of 2013 confirmed that the BIR had welcomed 66 new members despite a “darker year” for most commodities – a performance which underlined that, even in difficult times, “it’s important to be part of a strong global alliance”. In 2013, “economic conditions for the recycling industry must have been the worst for many years”, stated Björn Grufman.

And  he went on: “Only time will tell what the full impact will be on Europe’s scrap industry. I can only say that I am more optimistic about the current year than the one just past.”

Re-elected as BIR Treasurer in Miami, Ranjit Baxi of UK-based J&H Sales International confirmed that the world organisation had enjoyed a small surplus last year. The General Assembly also provided a stage for the official launch of his book entitled “Recycling our Future”, which is intended to “raise awareness of recycling the world over”, he said.

A three-year window of growth

The General Assembly was preceded by a keynote address from eminent forecaster Jason Schenker, the founder and President of US-based Prestige Economics. This regular commentator for The Wall Street Journal and Bloomberg News, among others, began by predicting a three-year window of growth up to the year 2017, at which point he anticipates a modest correction in the USA and perhaps slower growth for emerging markets. 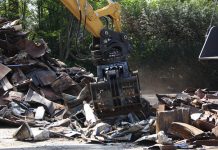 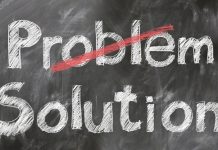