Purchases of reusable water bottles and travel mugs are on the rise as consumers seek to reduce plastic waste, save money and stay hydrated, says GlobalData, a leading data and analytics company.

The company’s kitchen storage survey of 2000 UK shoppers revealed that Amazon and the grocers have benefited most from increased demand, with 14.9 per cent of reusable water bottle shoppers purchasing from Amazon, and 13.6 per cent and 8.8 per cent of shoppers buying from Tesco and Asda respectively.

Amy Higginbotham, Retail Analyst at GlobalData, commented: “Almost one in five consumers purchased a reusable water bottle in the past twelve months, and over a quarter of those were 16 to 24 years old; this demographic is more exposed to, and influenced by, online media messages relating to plastic waste.” Sales of travel mugs were less marked, with 8.4 per cent of shoppers buying one in the last twelve months, but consumers were driven by the same environmental reasons.

Higginbotham continues: “Over half of those who purchased a reusable water bottle did so to reduce the amount of plastic they use – with David Attenborough’s widely-watched Blue Planet series having a major impact on attitudes to the effects the material is having on the environment.” This reason was followed by a desire to save money, with over a third wanting to spend less on disposable bottles of water. Consumers also wanted to increase their water intake, as campaigns and health experts continue to stress the importance of staying hydrated.

Higginbotham concludes: “Amazon and the grocers are benefitting most as price and convenience attract kitchen storage shoppers. 78.8 per cent of those who shopped at Amazon were attracted by the competitive prices while convenience was the biggest driver at the grocers, with 67.3 per cent of Tesco customers choosing the retailer because it is easy to get to the store.” 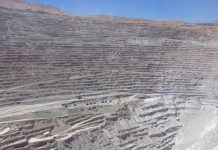