Ecomondo/Key Energy 2018: “The great Expo of the circular economy”

On the European platform organized by Italian Exhibition Group dedicated to the green economy and renewable energies, for four days the key players were the enterprises, the market and the institutions.

Innovation, international business and scientific contents distinguished what Italy’s Minister for the Environment Sergio Costa described as “The great Expo of the circular economy” at the inauguration ceremony. An unmissable event for all those who want to be key players in the transition to the green economy. A world really represented by large companies, consortia and start-ups. Organizations that have already taken the virtuous road of those adopting a green footprint for their business models.

In the expo halls the key players were the technological and industrial proposals of the economy’s new paradigm, also found in the Sustainable City sector, which gathered together excellent products and services available for smart cities. The Ecomondo and Key Energy expos closed at Rimini Expo Centre with a four per cent increase in professional attendees. Buyers carefully considering the proposals from companies that for the first time fully occupied the expo centre’s 129,000 square-meters of exhibition space.

There were also positive results as far as international visitors were concerned, who accounted for ten per cent of the total. At the event there were trade and industry members from 115 countries: 70 per cent from Europe and nine per cent from the Mediterranean basin, but also important participation from China and the Russian Federation. There was massive interest on behalf of the media: at the end of the four days, there had been approximately 170 million contacts. Great appreciation was shown for the industrial and scientific contents and the presentation of the most advanced European programs on the waste cycle, bioeconomy and renewable energies, as well as the various focuses defined for 2018: European strategy on plastic, management and exploitation of water resources, soil remediation, the upgrading of sites and port areas, prevention and management of hydrogeological risks, treatment and purification of indoor and outdoor air, emission monitoring, energy efficiency, etc.

Once more strategic stages for the announcement of product previews

Ecomondo and Key Energy were once more strategic stages for the announcement of product previews on behalf of large international brands and for establishing cooperation between industrial groups aimed at rapidly taking advantage of the business opportunities of programs financed by European organizations.

Numerous in-depth international events were held: for the first time in Italy, Ecomondo hosted the European summit on phosphorus, on which projects and investments aimed at recovering it from purification sludge are concentrated; via the EASME (Executive Agency for Small and Medium Enterprise), the European Union presented 38 projects financed by four different Community Programs; close attention was focussed on business opportunities in the Middle East, North African and Sub-Saharan African regions; there was a particular close-up on the prospects of investment in Morocco, which has decided to concentrate on plants for the  production of renewable energies; the topic of the development of green jobs in Canada was also spotlighted.

In the course of the four days, Italy’s Minister for the Environment Sergio Costa and numerous members of the government were interlocutors of the industrial system and scientific community, and received a unanimous request to give priority on the Institutions’ agenda to the national plan for the circular economy, founded on public-private partnerships. Italian Exhibition Group also showed the solidity of Italy’s system, borne out by the figures of the Conai Report (67.5 per cent of packaging waste was sent to be recycled in 2017) and the circularity index, which shows Italy in second place in European ranking after Holland.

On the first two days, the State General of the Green Economy put the accent on the prospects of green investments, emphasizing that seven to eight billion euros per year of public investments in the next five years would lead to 21.4 billion in private investments and 440,000 new jobs per year. 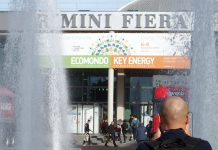 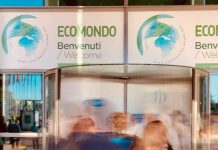 Ecomondo and Key Energy 2020 on environmental topics in Europe