Copenhagen, Denmark — The European Union’s greenhouse gas emissions continued to fall in 2012, as a 1.3 percent decrease cut emissions to 19.2 percent below 1990 levels, according to official data from the European Environment Agency (EEA). This puts the EU within reach of its 20 percent reduction target, with eight years to go until the 2020 deadline.

The findings come from final EU greenhouse gas emissions for 2012, reported to the United Nations. Emissions have decreased by 1,082 Mt in the EU since 1990, which is more than the combined 2012 emissions of Italy and the United Kingdom. As a result, the EU was already very close to reaching its 2020 Climate and Energy Package target through domestic measures alone.

The first 15 EU Member States are also joint signatories to the Kyoto Protocol, with a collective target of 8 percent average reduction over the period 2008-2012. This group of countries have reduced emission by an average of 11.8 percent during 2008-2012 compared to base year without counting ’sinks‘ or credits from Kyoto Protocol flexible mechanisms. The emission reduction from 2008 to 2012 in the EU15 was in absolute terms greater than Spain’s total emissions in 2012.

By reductions in transport and industry

Emissions fell by 1.3 percent between 2011 and 2012, largely due to reductions in transport and industry and a growing proportion of energy from renewable sources.

Italy alone accounted for 45 percent of the total EU net reduction in emissions in 2012, largely due to lower emissions from transport and industry. The second largest reduction, in Poland, was mainly due to a substantial decrease in solid fuel consumption. In contrast to their overall decreasing emission trend since 1990, the United Kingdom and Germany increased emissions in 2012 because of increased use of solid fuels.

By changes in GDP

The EEA technical analysis of emission trends shows that changes in GDP, for example growth or recession, can explain up to one third of the change in total greenhouse gas emissions since 1990. During periods experiencing recession (including in the 2008-2012 period), changes in GDP can explain less than 50 percent of observed emission reductions for the EU as a whole. Other factors and policies have played at least as important a role in reducing emissions, including the sustained and strong growth in renewable energy and improvements in energy efficiency.

Hans Bruyninckx, EEA Executive Director, said: „The EU has demonstrated that there is no conflict between a growing economy and reducing greenhouse gas emissions. Policies have been at the heart of this success. We need to go even further, but this will depend on countries implementing policies which already map a path towards a low carbon, energy secure society.“ 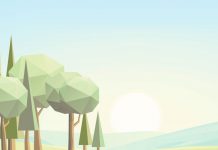 European Environmental Bureau: Most of binding targets have been watered down

Contribution of waste management to lessen GHG emissions is underestimated