Brussels — Despite the fact that 2013 again proved to be challenging for the steel industry with issues relating to overcapacity and raw materials costs, world steel demand still grew by 3.6 percent. World crude steel production totalled 1,606 million tonnes (Mt) for the year, a record high for our industry, according to the new „World Steel in Figures 2014“ released by the Worldsteel Association (worldsteel).

The demand forecasts for 2014 provide an important insight to changing economic forces. Where the developing world was the primary driving force in steel demand ever since 2008 – and indeed also of global economic global growth – worldsteel`s expectations are that developed economies will also contribute to growth in 2014 and 2015, with developing economies showing a slower economic pace. This, along with China’s economic deceleration, is the reason for our slightly lower global growth rate forecast of 3.1 percent for 2014 which we issued mid-April.

The full report can be downloaded from worldsteel.org . 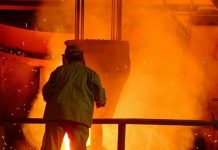 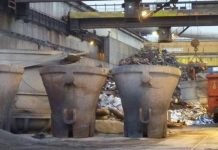