Dunbeath, Caithness, Scotland — Every day, everyone contributes to the waste problem but, despite being a part of our lives, waste is poorly understood, even by those who should know better. We live in a throw-away society and yet what is discarded is a vital raw material and ingredient being traded as a valuable commodity around the world.

„Recycling our Future“, written by past president of the BIR world recycling organisation’s Paper Division Ranjit Baxi, provides an insight into the challenges facing the industry and individuals as the world contemplates expanding waste mountains. Finite sources are being eroded as the world’s growing and increasingly affluent population demands a better standard of living with bigger houses, new TVs, computers, etc.

Waste is a valuable raw material when treated correctly but a hazard when neglected. The author warns of illegal shipments of waste continuing unabated, and highlights the pressures and challenges facing governments and the industry. He also explains how the system works from the moment a carton is dropped into a bin to being recycled, resold and restocked on supermarkets’ shelves. He explodes the myths about waste recycling, looks at the technology that is used and explains why the subject matters to everyone. And presents some interesting facts and figures: For example that 55 billion aluminium cans in 2004 were buried in landfill, littered or incinerated, which was nine billion more than in the year 2000.

The book is complemented with contributions from experts around the world and the author reveals how so-called rubbish has a value, how it is traded on the financial markets and suggests that waste should be treated as a prize worthy of investment, rather than a problem to be shunned.

„Recycling our Future. A Global Strategy“ by Ranjit S. Baxi

More information can be found under whittlespublishing.com. 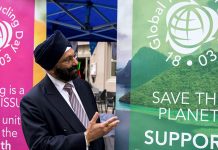 Just one week to go until Global Recycling Day 2020 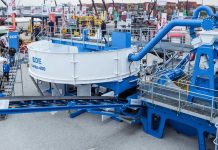 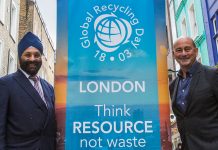 Global Recycling Day 2019 takes places in cities around the world