Post-consumer recycling: Many requirements, one solution

The Canadian recycler Enviroplast processes around 2,000 tonnes of LDPE and LLDPE film waste every month to make high-grade recyclates. When it came to the expansion of its production capacities the company decided in favour of an “Intarema 2021 TVEplus”. Stable output quality despite varying degrees of input material print and a capacity of up to 2,700 kg/hour were convincing arguments for the EREMA customer. The next step is to add post-consumer recycling to its portfolio.

Enviroplast is located in Montreal, Quebec, and has been recycling film waste for over 25 years. The company purchases excess PE production material from film producers in Canada and the USA which is sent to the Enviroplast headquarters for processing. As the recycler procures the plastic from a number of sources there is a mixture of different films to be processed at the end of the day. These range from unprinted to heavily printed, from uncontaminated to slightly-contaminated – the film quality varies. Additionally, there can be up to four per cent moisture, depending on how the scrap film is stored.

Enviroplast previously used four single-screw extruders to process the different types of production waste to PE recyclates which in turn were sold to international film manufacturers. The increasing demand prompted the recycler to expand its production capacities early in 2018 by adding an Intarema 2021 TVEplus including partial surface backflush filter system. “Our recycling technology requirements were set in stone: the system has to process films between 25 and 500 microns, be insensitive to different degrees of print and have high throughput. At the same time the system needs to be stable in terms of output and guarantee consistently high quality for the recyclates. With EREMA we have found a partner who also gives top priority to quality,” says Mathieu Séguin, CEO of Enviroplast, summing up. With an output of up to 2,700 kg/hour production capacity can be increased 85 per cent thanks to the Intarema.

Using the potential of post-consumer recycling

The reduction of post-consumer plastics waste imports by China and the growing circular economy movement increase the potential of plastics recycling in the USA and Canada. Against the backdrop of increasing prices for landfilling, the cost effectiveness of recycling is of greater interest to recyclers and producers. Further to this, Enviroplast would like to expand its portfolio and process post-consumer materials in the future, too, besides industrial waste. “Post-consumer recycling technology does indeed face other challenges, but we remain loyal to our principle of producing quality recycled pellets here as well,” confirms Mathieu Séguin. The plan is to increase capacity at the production facility in Montreal from summer 2018 by adding a Lindner washing plant followed by an Intarema 1512 TVEplus including Laserfilter. 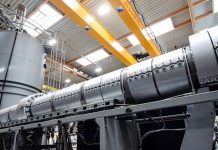 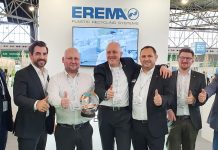 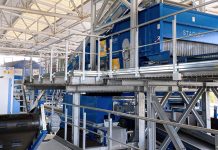