Scottish recycling, composting and re-use of waste from all sources rockets past 60 per cent for the first time. Food recycling and anaerobic digestion increased 20 per cent from 2015 –
a 78.1 per cent increase since 2011.

Terry A’Hearn, Chief Executive of the Scottish Environment Protection Agency (SEPA), said: “Recycling is a real Scottish success story and a simple daily step that communities, corner shops or corporates can take to build a more sustainable Scotland. The scale of the environmental challenge is enormous and we know we live on one planet, but consume the resources of three. The most successful countries in the 21st century will be resource efficient, circular economies, where what once was waste is valued as a resource. We are committed to helping all regulated businesses do more to support waste prevention and facilitate the use of secondary resources in the economy, helping communities and businesses thrive within the resources of our planet.”

Environment Secretary Roseanna Cunningham said: “I’m pleased to see that the amount of Scottish waste being collected in Scotland has decreased. For the first time we’ve recycled more than 60 per cent of our waste from all sources which shows we are making progress towards our 2025 target of 70 per cent and our work to promote and simplify recycling is paying off.” Iain Gulland, Chief Executive, Zero Waste Scotland, said: “These figures show some really positive progress towards a more circular economy – a big increase in recycling and reuse, more food waste being recycled, less waste going to landfill, and especially less climate-harming biodegradable waste. This has been achieved with hard work from local authorities and others, as well as the growing understanding of the importance of recycling and waste reduction in homes and businesses. They also show the importance of setting an ambitious and long-term policy direction. Scotland has led the way by introducing stretching targets and measures to limit and ultimately phase out the use of landfill for the most polluting wastes. That’s why Scotland is recognised as a world leader on the circular economy and why others are now emulating our approach.” 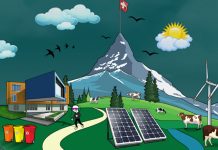 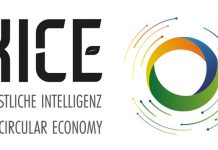 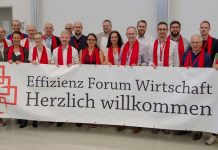