Full details together with a full list of publications are available in the May 2014 edition of the Group’s 77 page ‘Lead and Zinc Statistics’ Bulletin on the Group’s website at ilzsg.org. 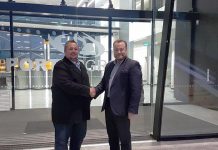