Atlanta, USA —  Novelis, the world leader in aluminum rolling and recycling, today reported net income attributable to its common shareholder of $54 million for the fourth quarter of fiscal year 2014.  Excluding certain tax-effected items, net income was $75 million. „Fiscal 2014 was a transitional year for Novelis and we closed it on a strong note,“ said Phil Martens, President and Chief Executive Officer for Novelis.  „We completed the majority of our business transformation initiatives to secure our leadership position in flat rolled products for the global automotive and beverage can markets, and enhance our unmatched, low-cost recycling capabilities worldwide.  Together these actions are driving both our top and bottom lines.“

The company reported shipments of aluminum rolled products of 753 kilotonnes in the fourth quarter of fiscal 2014, up eight percent compared to the prior year.  Every global operating region reported an increase in shipments year-over-year.  Higher global shipments were the primary driver behind the four percent increase in adjusted EBITDA versus the prior year to $250 million in the fourth quarter of fiscal 2014.

„While 2014 provided market challenges, particularly lower can sheet pricing and volatile market premiums for primary aluminum, we have positioned the company well for the future.  Auto will accelerate this year as our key supplier role to Ford’s new aluminum intensive F-150 program will demonstrate,“ balanced Phil Martens.

The Company noted a number of accomplishments over the past year:

Adjusted EBITDA for fiscal 2014 was $885 million compared to $961 million reported for the prior year. The decline was primarily due to pricing pressures experienced in the Asian and North American beverage can markets, a higher fixed cost base due to expansions ahead of revenue generation and higher incentive costs, partially offset by higher shipments and benefits from increasing recycled content. 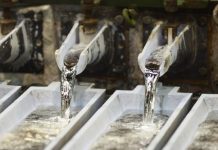 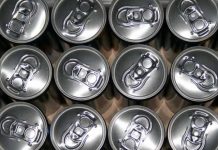 Aluminium beverage can recycling in Europe hits record 74.5 per cent in 2017