London, UK — Eurostar, the high speed rail service linking the UK with mainland Europe, has unveiled an ambitious 10 point plan. These new far-reaching targets build on the achievements of the last eight years during which time Eurostar has achieved a 50 percent cut in waste and a 32 percent reduction in carbon emissions across its business. The plan will support Eurostar`s Tread Lightly environmental commitments and is in line with the 2016 Paris Climate Agreement and the Science Based Targets Initiative.

Reducing waste is central to Eurostar’s Tread Lightly programme which is focused on minimising waste on board and identifying innovative alternatives to traditional packaging. Over the next three years, Eurostar has committed to halving its consumption of plastics and usage of paper tickets. This drive to remove plastics has been launched with the elimination of plastic straws onboard Eurostar trains and in its business lounges which is the first in a series of planned initiatives.

According to Eurostar, the rail service company is committed to reducing waste on board, working with its catering suppliers to reduce waste at source and using best industry practice to find innovative alternatives to traditional packaging. Eurostar has set up a working group focused on reducing the usage of plastic with the clear remit of finding new alternatives to plastic.The aim is to reduce the consumption of plastic by 50 percent by 2020. Over the last ten years the company has significantly reduced the amount of used paper by thousands of tons. Using digital technology Eurostar aims to eliminate paper ticketing with a reduction of 50 percent by 2020. 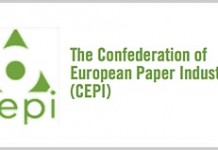