Berlin — In addition to souring relations between Russia, Europe and the United States, further escalation of Russia’s engagement in Ukraine could cost Russia more than 3 percent in GDP in real terms or US$ 115 billion in current dollar terms on average in 2015. The conflict could also exacerbate recessionary pressures, and lead to a reduction in European real GDP of about 0.15 percent overall, according to a scenario developed by economists at IHS Inc.

Russia’s economy, already likely in recession, will dampen further in the face of a deteriorating political situation; tougher sanctions; falling investor confidence; and a business climate worsened by fears of retaliation against western companies that produce in or sell to Russia, according to the IHS scenario.

A severe slowdown of Russia’s economy in the second half of 2014 and continuing into 2015 would lead to a reduction in European real GDP growth by about 0.15 percent overall, but with large variations between countries, the IHS study says. Most affected would be traditional machinery and equipment and chemical products’ exporters such as the Netherlands, Belgium and Germany. Also impacted would be Italy and Spain, as would countries highly dependent on Russian imports, such as Finland.

Additionally, non-European economies stand to suffer from the slowdown. Among these are Argentina, Australia and Brazil, who would suffer from lower world demand for their commodity and manufactured exports, triggering spill-over effects on their own trading partners in Asia and Latin America.

To quantify the impacts of further degradation

IHS economists developed the scenario in response to heightened tensions brought about by Russia’s annexation of Crimea and its ongoing dispute with Ukraine following the ouster of Ukraine’s president and scheduling of new elections in May. The scenario was developed by a team headed by Elisabeth Waelbroeck-Rocha, IHS Chief International Economist, and IHS Chief Economist Nariman Behravesh using a new, state-of-the-art IHS Global Link Model. The model enables IHS to quantify the impacts of further degradation of the economic situation in Russia on other countries in Europe and globally.

“While Russia could end up paying a very heavy economic price for its annexation of Crimea and its ongoing conflict with Ukraine, the negative impacts on other parts of the world, notably Europe, will also be hard to avoid,” says Behravesh.

The impact of Russia’s slowdown of imports from the rest of the world is one of the main spill-over effects on other countries’ growth. Most impacted are Finland and Romania where real GDP growth is cut by 0.2 percent in 2015. Belgium, the Netherlands, Poland and Slovakia also feel a slowdown in GDP growth.

Least affected in the group is Germany. Machinery and equipment accounted for a large portion of the 48.6 percent of Russia’s total imports in 2013, much of it coming from Germany. However, the impact on German GDP, just 0.10 percent in 2015, reflects Russia’s status as a relatively small trading partner for Germany.

China and Korea’s growth is less affected, by only 0.05 percent. In Asia, the negative impact of Russia’s slowdown is attenuated by the relative improvement in energy price trends compared to Europe. Real GDP in India will be reduced by 0.2 percent; Indonesia by 0.6 percent; and Malaysia by 0.6 percent. There is virtually no effect on Japan’s economy.

Asia also benefits from the trade diversion that occurs. The effects of the slowdown on world commodity prices are expected to remain muted. So, while Russia is a major exporter of steel, there are excess production capacities for steel in China, enabling China’s exports to fill the gap in the market.

More economical details of the scenario can be found under businesswire.com. 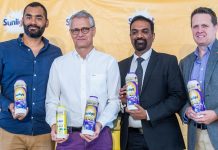 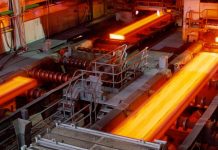