APEAL: Member States could have shown more ambition during the final Trilogue

Brussels — APEAL, the Association of European Producers of Steel for Packaging, has welcomed the announcement of a balanced Circular Economy Package, following the considerable progress made during the last Trilogue discussions under the Estonian Presidency on 18 December. Even if the final compromise still has to be formally adopted by the European Parliament (EP) and confirmed under the Bulgarian presidency, APEAL welcomes the general principles from the EU Institutions to place the measurement point of recycling as close as possible to real recycling.

With 77,5 percent recycled in 2015, steel is ideally positioned as the model packaging material for a circular economy and the new steel targets clearly reflect this. Even if the agreed targets for all materials are an important step forward, APEAL feels that the Member States could have shown more ambition during the final Trilogue. The last-minute introduction of a flexibility mechanism for Member States to perform lower in one or two packaging materials of their choice weakens the deal.

APEAL is pleased to note the EP has continued to endorse „multiple recycling“ and that this is reflected in the final text. Through multiple recycling, products and packaging made from permanent materials, such as steel, are kept in the material loop and can become resources for other products and packaging. The Association also welcomes the maintaining of the ‚internal market‘ legal base of the PPWD. APEAL, along with a large number of national and EU industries had repeatedly called for the safeguarding of the Internal market and the free circulation of packaging and packaged goods in order to avoid differences in interpretation or implementation.

To reach the objective of a truly circular economy in Europe, and reap the full environmental and economic benefits of recycling, APEAL now urges Member States to invest in the necessary infrastructure so that the recycling targets can be met for all packaging materials. „The switch from a linear to circular economy is a concept that is supported globally by our industry and as an advanced industrial sector we wholly support this paradigm shift,“ said Alexis Van Maercke, secretary general of APEAL. „Implementing the CEP as soon as possible in the Member States will bring numerous benefits and APEAL is committed to work with the European Commission and all stakeholders to help achieve this.“

Source: Association of European Producers of Steel for Packaging (APEAL) 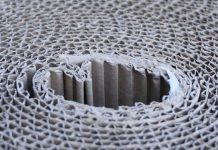 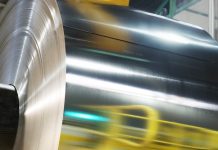