York, UK — People should be able to recycle plastics in their own homes, and new-build houses should come with the technology ready-installed. That’s the view of a major British waste and recycling company which says the technology already exists to allow plastics to be either pelleted or turned into useful items.

UK`s waste management agency BusinessWaste.co.uk says that while the technology isn’t suitable for every home, it’s a major step toward making the UK a 100 percent recycling economy. „We’re very much at the ‚early adopters‘ stage with this concept,“ says BusinessWaste.co.uk spokesperson Mark Hall, „but this has the potential to grow very big indeed. One in every home is the dream.“

Most plastic recycling is done by big companies and involves collecting waste plastics from homes and industry to be shredded and processed. But the process has been developed to allow domestic plastic shredders, much like household kitchen waste disposals. Householders will be left with sorted pelleted plastic waste, which they can either sell back to companies or use for their own purposes. Domestic uses include using plastic pellets as raw material for 3-D printers.

Spokesman Mark Hall foresees a future where householders can just toss unwanted plastics down a chute in their kitchen, and it’s shredded and collected „behind the scenes“. „While this is possibly not suitable for every household, it’s something that can easily be wheeled out firstly into executive homes, and then generally across the housebuilding industry,“ he says. According to him, the potential for the technology is enormous: „It’s literally shred and forget, and the plastic pellets are just taken away.“

But for those who want to take the entire concept to its logical conclusion, waste plastics can be shredded and converted into other plastic products in the home. „Plastic pellets are easily converted into the ‚ink‘ for 3-D printers, and from there, the sky’s the limit,“ explains Hall. People already experimenting with everyday household plastic waste say they’re turning out plates, bowls, cups and other items in their own homes and garages. „The technology’s there, it’s getting cheaper by the day, and there’s a willingness to use it,“ underlines Hall.

Toward a no-waste society

With BusinessWaste.co.uk campaigning for a society which recycles its waste as much as possible, the idea of in-home plastic shredding and re-use can only be a good one. „We’re heading toward a no-waste society where everybody’s involved with recycling,“ the company’s spokesman says. „Not everybody’s bought into the concept, but there are enough on board who see a future that keeps industry costs down by constant recycling of materials. And the best place to aim toward a no-waste society is in the home. This is going to be common-place in the not-distant future.“

So Marc Hall invites: „Jump on board!“

A video showing the current possibilities of waste home processing can be visited under facebook.com. 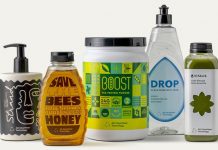 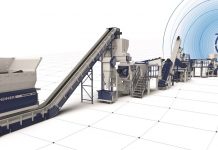