Rimini, Italy — Ecomondo has reported record-breaking participation in the sixth edition of the States General of the Green Economy, which ended today at Ecomondo: 2,600 attendees, over 1,500 users for the live Italian streaming coverage, plus all those who followed live streaming coverage in English dedicated to international users, and over 80 Italian and foreign speakers. The States General of the Green Economy are promoted by the National Council of the Green Economy, made up of 66 business organisations that represent the green economy in Italy, in collaboration with the Ministry of Environment and the Ministry of Economic Development.

Yesterday Ecomondo spotlighted presentations and discussions on bioeconomy, smart cities, aquatic drones and a biomethane powered car. Amongst others CIAL (Aluminium Packaging Consortium) and Costa Cruises presented an update on the latest information available on “Message in a can”, a promotion and development project for the source segregated collection and recycling of aluminium beverage cans, realized with the patronage of the Ministry for the Environment and Land & Sea Protection. “Message in a can” foresees the recycling of the aluminium from the Costa Cruises liners that dock in Savona and Venice.

Stefania Lallai, Sustainability and External Relations Director with Costa Cruises, balanced: “Thanks to the collaboration with CIAL, on board our ships we have realized a project that is unique in the sector maritime, which has led to the recycling of no less than 393 tons of aluminium in ten years. Our long-term objective is to gradually extend this project to other Italian ports and, at the same time, to realize initiatives that directly involve cities and communities, as in the case of Savona. In fact, we want to play an active role in strengthening the message of the importance of recovering this valuable material, so that it becomes normal behaviour in everybody’s day-to-day life.”

Using as a unit of measurement a 33 cl. beverage can, 393 tons correspond to 32 million cans (4.7 million cans in the last year alone) – material to manufacture for example 39,300 bicycles, 840,000 moka coffee pots, 262,000 desk lamps, 356,000 professional pans, 51,500 car wheels or 41 high-speed railway coaches. Gino Schiona, General Manager of CIAL, commented: “For new updated development of the global economy, the key words are ‘energy saving’ and ‘efficient use of resources’, and waste recycling will enable to regularly reduce the use of raw materials in all developed nations.” 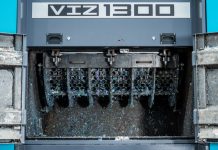 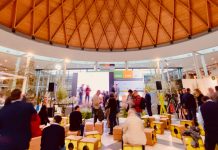 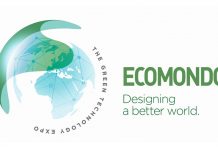