London, UK — The British Plastics Federation and PlasticsEurope have been working with the Marine Conservation Society on a new anti-littering campaign called ‘Bincentives’. Bincentives uses emoji-based messages on a series of posters to discourage littering and promote recycling. Aimed at secondary schools, the idea behind the campaign is that students who do the right thing with their rubbish are rewarded with tokens. Either the class or the individuals that collect the most tokens are ultimately rewarded with a prize, which is determined by each school.

Bincentives is based on a campaign that Hampton High School developed as part of „CSI: Litter Challenge“ — a project the British Plastics Federation, PlasticsEurope and the Marine Conservation Society ran during the previous academic year. „CSI: Litter Challenge“ used problem-based learning to teach students about why littering occurs and the effects it has. The students were also asked to come up with a campaign that could be used in schools or in the local community to reduce littering.

Schools are able to download six free emoji posters and resources for a school assembly to support the campaign and are encouraged to involve their green councils or environmental groups.

PlasticsEurope North Region Director Kim Christiansen states: „Bicentives is an educational programme that will help increase awareness and change young citizens‘ behaviour towards the value of plastic waste. Today we face many environmental challenges, for instance, marine litter. We believe that prevention should be a top priority when tackling marine litter. This is why this type of programme will help in giving plastics the value they deserve. Plastics do not belong in the ocean; they are too valuable to be thrown away.“

MCS Education Officer Jenny Griffiths underlines: „Bincentives is a perfect example of real learning – a campaign created for students, by students. It’s not just a case of education as usual where pupils complete a project for their teacher to mark. For Hampton High, their work is out there, making a difference and influencing peers – what better learning than ‚we can all make a difference and instigate change?’“

BPF Sustainability Issues Executive Helen Jordan adds: „Bincentives is a great way for young people to become more aware of the issue of litter and how they can take action to ensure their waste is disposed of correctly. Bincentives uses emojis as a fun way to communicate to young people as well as rewarding them for using litter bins and recycling and we encourage schools throughout the UK to take part.“ 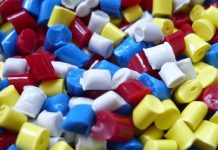 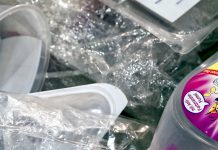 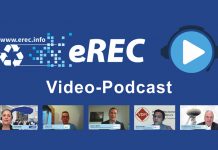