Bristol, UK — With 3.6 million tonnes of RDF exported from the UK in 2016, a notable proportion of the UK’s waste now gets treated in Energy from Waste (EfW) facilities abroad. This involves a complex supply chain, and, for the first time, a group of industry representatives has published a Code of Practice (CoP) for the RDF market. The CoP was written by Eunomia Research & Consulting, as Secretariat to the RDF Industry Group, It sets out a framework that shares good practice across the industry, increasing the confidence of customers and regulators in processes and products.

The CoP demonstrates that the RDF supply chain is already a highly regulated part of the waste management sector, from production and storage right through to transport and treatment. It also helps to clarify the rules around RDF in each UK country, by bringing together the different regulatory positions of the four environmental regulators. The CoP also outlines good practice recommendations which aim to combat risks such as waste abandonment, nuisance, fires and illegal export.

The CoP launch event was held in conjunction with the All-Party Parliamentary Sustainable Resource Group. Baroness Jones of Whitchurch opened the event, before Group Member, Robert Corijn from Attero, covered the importance of raising standards in the sector and their role in collaboratively tackling waste crime. Commenting on the Code of Practice, Baroness Jones said: “It is encouraging to see the RDF Industry Group taking the lead in determining and sharing good practice to help raise standards across the supply chain in this evolving and maturing market.”

Chair of the Group Gavin Graveson said: “We hope that the CoP will allow Members to set the standard as legitimate operators from the rest of the market. The Group has developed a logo that Members can display so they can be recognised by those operating in the RDF export supply chain. The Group also supports the use of the CoP by the wider industry, and encourages adherence to the good practice set out in the CoP to raise standards across the industry.”

When putting together the CoP, organisations from every part of the supply chain were consulted over a period of many months, along with the Department for Environment, Food & Rural Affairs (Defra), the Environment Agency (EA) and the Food Standards Agency. In response to this consultation, Defra and the EA welcomed the development of the Code of Practice, which they said would enable the sector to share best practice and achieve consistency.

To ensure feed and food safety

The Group also consulted the Advisory Committee on Animal Feedingstuffs (ACAF), as ports that store and handle RDF may also store animal feed on site. The organisation has provided the following supporting statement: “The Advisory Committee on Animal Feedingstuffs (ACAF) has followed with great interest, and provided input during, the development of this Code of Practice as a result of concerns raised at its meetings about the potential contamination risks of RDF storage close to food and animal feed stores at ports. ACAF acknowledges the significant effort made by the industry sector in producing this Code of Practice and hopes that it will be adopted throughout the sector to help ensure that feed and food safety is not compromised as a result of RDF presence.  We remain interested in co-operating with the sector as the industry develops.”

RDF Industry Group Members are given access to working groups on topical issues in the market such as trans-frontier shipments, Brexit, and fire prevention plans. The Group meets three times annually. Those interested in Membership should contact the Secretariat via rdfindustrygroup@eunomia.co.uk. The new Refuse Derived Fuel Code of Practice for the UK will be available to download for free under eunomia.co.uk. 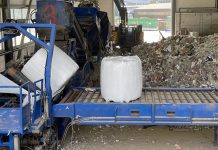 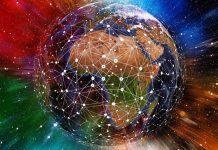 Digital technologies to power the supply chain of the future, says...