Brussels — The market for PET thermoforms in Europe is continuously growing, especially since PET is displacing other materials for packaging applications. Currently, the total European Union, Switzerland and Norway market for PET thermoforms is estimated to be 1 to 1.1 million tons PET virgin and r-PET, including imports. Regarding its recycling, the Thermoforms Working Group of Petcore Europe just gave an comprehensive overview.

In this context, Petcore Europe has started its Thermoforms Working Group with the aim to increase and improve the recycling of PET trays into a third life. On 19 September 2017, the WG organised a public workshop in order to give the complete value chain an update on the activities and progress in the recycling developments of PET thermoforms. After an introduction and market overview, the workshop featured sessions on „Design-for-Recycling PET Thermoforms“, „Collection, Sorting & Recycling“ and „Potential applications & trial outcomes“.

Market estimation: PET as the preferred solution for thermoforms

A market estimation – conducted by the Thermoforms Working Group and presented during the workshop – shows that PET is the preferred solution for monolayer, laminated (i.e. PET/PE for topweb sealing) and high gas-barrier (i.e. PET/PE/EVOH for modified atmosphere packaging) trays, while PS and PP are alternatives for open trays and clamshells. North European countries tend to have more mono-PET thermoforms than laminated and high gas-barrier PET ones, while it is the opposite for South Europe; however mono-PET is growing. Based on the market analysis, the following split applies:

PET thermoforms is the number one end-market for post-consumer recycled PET and has reached higher numbers than the PET bottle to bottle and fibers end-markets. In 2016, a total of 490 kTon of r-PET was recycled into new thermoforms, which means an average recycle content in PET thermoforms of more than 45 percent.

PET is a type of plastic which can be “renewed”, the loss of mechanical properties caused by processing can be repaired by a recycling process with a poly-condensation step. This step also takes care of the removal of any volatile contaminants in the polymer and makes it suitable for new food contact packaging. This is a remarkable performance as a post-consumer highly transparent plastic is recycled into a new life, again transparent, food approved packaging. That is exceptional among all plastic packaging.

Within the Petcore Europe WG, Design for Recycling Guidelines for PET thermoforms are currently being developed. The presentations of this session emphasised two main challenges that have to be considered in this context:

Since recycling targets go up, also collection targets follow. Even in countries where today PET thermoforms are not yet collected, this will happen in the future. A large test in France showed that recycling of monolayer PET trays together with bottles can work under certain conditions. The sorting requires software and devices that can distinguish between mono- and multilayer packaging and the recycling process is creating fines when the process is using high friction coefficient in washing/drying steps. Another approach is to sort all PET trays from bottles, eventually then sort monolayer from multilayer and develop outlets for the sorted fractions. Dedicated recycling lines for PET thermoforms are under development.

The most obvious market for r-PET coming from thermoforms is to use them for the manufacture of new thermoforms. Several studies have shown that washing, extrusion and solid stating result in a good quality material for coloured applications. Retailers can increase the amount of deep coloured trays for vegetables and fruits and are invited to work with packaging producers on this solution. The material is also suitable to be used for agricultural trays. Several tests have also shown that the use of PET thermoforms granulates can be used for monofilaments because the mechanical properties are very close to virgin PET. PET compounds for pellets and automotive applications are the next target and several connections within the industry have been established.

Chemical recycling is a promising technology for future recycling of “difficult to recycle” PET streams. Several start-up companies are in the stage of scaling up their technologies and tests have shown that recycling of PET/PE and PET multilayer trays will work. However, the important question is if industry will be able to develop these technologies to an industrial and economically feasible scale.

Further information on the Petcore Europe Thermoforms Working Group, its members and structure can be found under petcore-europe.org or by contacting Eva Schneider. 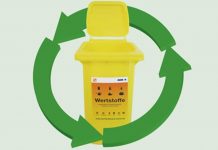 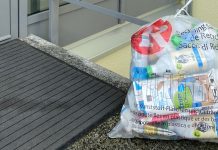