Brussels — Waste streams in the South of Europe pose a quality issue in films with recycled content production due to a higher share of degradable plastics. A trial done on 1.000 tonnes of equally purchased qualities of waste from Northern Europe and Southern Europe suppliers showed substantial quality discrepancies in the recycled film.

The tests were performed on industrial lines to first produce recycled plastics (from waste with 98/2 post-consumer quality – containing 98 percent natural and 2 percent of coloured material) and then to convert into a film of 50-micron thickness. The extrusion worked normally with recycled plastics coming from Northern Europe. However, holes and specks occurred regularly in the film produced with recycled waste coming from Southern Europe.

Besides the qualitative analysis of the holes and specs, abrasions of the supply lines turned out to be a useful indicator since they are batch-independent and thus could be used as a statistical average. To understand the defects and ruptures of the film, samples were analysed by infrared, thermal analysis as well as via gas chromatography mass spectrometry. These analyses demonstrated that most of the degradation is coming from substances used in production of degradable plastics e.g.: starch, polylactide (PLA) and/or polybutylene adipate terephthalate (PBAT).

These tests show that there is a big impact on the functionality of recycled plastics coming from Southern Europe waste films flows. Therefore, it is necessary to develop separate streams not only for bio-waste but also degradable plastics in order to make sure that degradable plastics do not enter waste streams of conventional plastics. Although production of thick-walled recycled products (> 50 micron) from this highly contaminated material is possible it will impact heavily their appearance. 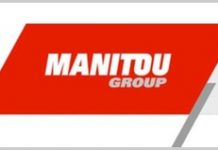