Maidenhead, UK — In 2014, SUEZ published „Mind the Gap“, a assessment of residual waste infrastructure requirements from 2015 to 2025 based on SUEZ´ understanding of the impact of policy, market trends and the future preferences of the public and private sector customers. The company identified a significant capacity gap opening up for thermal treatment if infrastructure build failed to keep pace with the volumes of residual waste diverted from landfill.

According to the first paper, total waste arisings are forecast to rise over the period 2015-2025 in line with population and economic growth. Residual waste was forecast to fall from 32.8 million tonnes in 2015 to 31.1 million tonnes in 2025 as waste prevention, recycling and other value recovery processes continue to take effect.

In the new „Mind the Gap 2017-2030“ SUEZ has updated its forecast of residual waste infrastructure requirements in light of new market drivers, considering the SUEZ` capacity estimates by region, argues SUEZ chief executive officer David Palmer-Jones in the preface of the report.

There are three reasons to update the 2014 forecast: 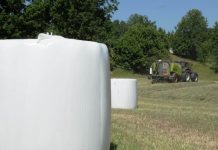