The European Demolition Industry Report 2017 edition was launched in the frame of the DDR Forum & Expo 2017, held in June in Brussels, Belgium. The document includes detailed information about the trends of the demolition industry in 2015- 2016, forecasts and specific information about: company and activity, volume of business, evolution of the demolition activities, investment in demolition machinery, equipment and consumables, evolution of the workforce and business prospects.

All this information about the demolition sector is analyzed at an European level and country-by- country. The language used in the report is English and the national language of each country. In addition, 2017 report includes for each country, a comparative graph with the information collected in previous editions in order to show the trends of the demolition industry for each topic analyzed since 2015.

The European Demolition Industry Report 2017 costs 200 € and can be requested under europeandemolition.org. 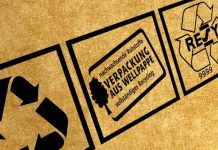