Liverpool, UK — S Norton & Co Ltd, one of the UK’s prominent metal recyclers, has returned to profitability after poor results the previous year, according to its latest published accounts for 2016. Annual turnover increased to £205 million for the year to 31 December 2016, up from £147 million, and the company reported a £23.9 million pre-tax profit for 2016 compared with a loss of £27.7 million in 2015. Sales volumes rose by a third as the effects of rising prices helped to push the family-owned company’s annual turnover back above £200 million once again.

In his financial report, John Norton, Chairman said the steady worldwide growth in demand for steel scrap over the 12 months enabled the Group to achieve a corresponding increase in sales margins: “This was helped considerably by the weakening of sterling versus the US dollar after the Brexit decision in June last year.”

To expand the range of countries

Given the economic uncertainty that was created by the EU referendum, Mr Norton said the directors were ‘particularly keen’ to expand the range of countries that the company does business with. This aim was realised in that 2016 saw trading with more countries than in the previous year and the company plans to continue this geographical expansion across the world.

By retaining its valued workforce throughout the downturn, even though times were very difficult, the Group was able to take advantage of the upswing when it came. Mr Norton added: “The directors wish to place on record their appreciation for the dedication and commitment of all employees over the period.”

In line with the five-year plan

Careful management of stocks and maintaining good relationships with their overseas customers also contributed to their trading success last year. Charlie Norton, Purchasing Director said: “We take good care of all our UK suppliers with prompt payment and friendly customer service. That’s what sets us apart as a business in this sector.”

In line with the Group’s five-year plan, the drive for growth has continued into 2017 and it plans to invest for the future. Following recent investment in plant, cranage and associated site works of more than £10 million at its Barking site in London, further investment of a similar nature is planned over the next two years across the Group’s Liverpool, Manchester, Southampton and London sites.

Managing Director Roger Morton explained: “As well as strengthening and updating our plant and equipment across the whole Group, significant investment in IT and systems will improve the efficiency of the business as we grow. We have also invested in expanding our compliance team to maintain our position as one of the leading metal processors in the UK from a safety, quality and environmental compliance standpoint.” 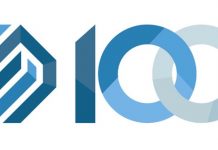