Birmingham, UK — The Chinese government recently has proposed to drop the allowed contamination levels for imports of bales to 0.3 per cent. The UK trade association Recycling Association criticises this proposal as „unrealistic“.

In a consultation document provided by Chinese inspection body CCIC, The Recycling Association was made aware that the Chinese Government plans to reduce the current specified level of 1.5 per cent to 0.3 per cent by the end of the year. The Recycling Association chief executive Simon Ellin commented: „In our response to the consultation given to us by CCIC, we stressed the unrealistic nature of the proposed 0.3 per cent contamination level. We believe the 1.5 per cent level for OCC, as set out in EN643 and currently required by the Chinese authorities, provides the correct balance of giving Chinese mills what they need while also allowing for realistic collection and sorting of materials.“

And he added: „But 0.3 per cent does not take into account the intrinsic nature of the material, with tape, staples, labels, plastic liners and wrapping potentially exceeding this level, even though these are easily removed by the mills as part of the recycling process. We have therefore asked the Chinese Government to reconsider the reduction to 0.3 per cent.“

In its submission, the Recycling Association also asked for clarity on what is meant by unsorted mixed papers and whether the proposed ban of importing this into China applies to all mixed paper grades. The Chinese Government ws also asked to reconsider the total ban on post-consumer plastics. The Recycling Association suggested that if the Chinese Government is proposing to allow certain post-industrial plastic grades to be imported with a 0.3 per cent level, then this level could also be applied to post-consumer plastics with no impact on the Chinese environment or human health.

In its submission, The Recycling Association warned that a ban on importing recyclable materials could lead to increased shipping costs on East-West routes from China as shipping companies will look to compensate the loss of West-East revenue with higher fees to ship goods from China to the West. This, it warns, could have a significant impact on the Chinese economy.

The Recycling Association also noted the progress already made to improve quality in the UK, with particular reference to its successful Quality First campaign. As a result, it asked for the Chinese Government to give more time for the UK recycling sector to adapt to the new Chinese regime. It suggested that the end of 2017 was too short a timescale for the implementation of this new policy without causing damage to the investment made in recycling infrastructure in the UK and elsewhere. 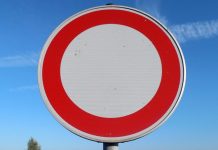