Bristol, UK — Eunomia Research & Consulting Ltd (Eunomia) stands firmly behind the analysis presented in the 12th Issue of our Residual Waste Infrastructure Review (RWIR) published last week. Even without the sophisticated modelling of the RWIR, published figures undermine the view that the UK will have a shortfall in treatment capacity in 2030, as has been suggested in response to the report.

Eunomia has today backed up its RWIR analysis with straightforward figures that are easily verifiable.

Many variables that could affect the gap

So, by 2020, the capacity gap closes to 2.7 million tonnes, even before accounting for the likely continuation of the long term decline in commercial and industrial residual waste. There are many variables that could affect the position in 2030. A large capacity gap could occur by that date if:

The exact date is debatable

However, if waste does not start to grow, and if municipal waste recycling rates increase to 70 per cent, then residual waste will fall by 7 million tpa. With no facilities other than those already in construction, the UK would have around 2.8 million tpa more treatment capacity than residual waste for treatment: the excess in 2030 would be of the order 2.8 million tonnes – again, leaving aside any improvement in recycling from the C&I sector.

Eunomia Chairman, Dr Dominic Hogg, said: “The exact date when UK treatment capacity will exceed the available waste is debatable but the ultimate destination is clear.” To avert the problem, he called urgently for ambitious targets and policies that demonstrate the UK’s intention to reduce substantially the amount of residual waste generated in future. 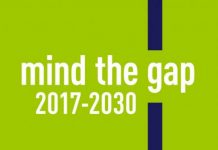