Nairobi, Kenya — The Volvo Ocean Race has joined forces with UN Environment for its 2017/18 edition of the world’s longest and toughest professional sporting event. An exciting addition to the race fleet will see one of the Volvo Ocean 65 boats race under the campaign name of ‘Turn the Tide on Plastic’, drawing attention to the growing menace of plastic waste in the world’s oceans.

The ‘Turn the Tide on Plastic’ campaign will be representing UN Environment’s Clean Seas global campaign, which calls on governments, industry and citizens to end the excessive, wasteful usage of single-use plastic and eliminate microplastics in cosmetics, both major sources of marine pollution. Currently, it is estimated more than 8 million tonnes of plastic ends up in the oceans each year, wreaking havoc on marine wildlife, fisheries and tourism, and costing at least $8 billion in damage to marine ecosystems.

At the helm of ‘Turn the Tide on Plastic’ will be record-breaking British skipper Dee Caffari, the first woman to sail solo, non-stop, around the world in both directions. The international crew, currently under selection, will be a mixed, youth focused team and it will be the first time that a male-female mixed team has competed in the race’s 45-year history. 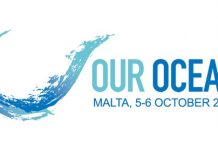