Umicore: Revenues increased by 5 percent in first half of 2017

Brussels – In the first half of 2017, Umicore recorded a strong performance generating revenue and earnings growth in all segments. Revenues and recurring EBIT for Recycling increased 5 percent and 19 percent respectively, driven by higher processed volumes in Precious Metal Refining and more supportive metal prices. The ramp-up of the new capacity in the Hoboken plant continues and should lead to higher processed volumes for the full year compared to 2016. Similar to last year there will be a maintenance shutdown in the second half of the year.

Revenues for Precious Metals Refining were up year on year, as a result of higher processed volumes and more supportive metal prices. Although average prices for most PGMs and certain specialty metals were higher year on year, the metal price environment became less supportive towards the end of the period.

After the gradual start-up at the beginning of the year, the ramp-up of the additional capacity in Hoboken gathered pace in the second quarter and led to an increased throughput rate and higher processed volumes compared to the first half of 2016. The auxiliary investments in the framework of the capacity expansion programme in Hoboken came on stream in the period.

The supply mix remained largely unchanged. Availability of the more complex residues from non-ferrous smelting and mining industries was roughly stable, while the availability of end-of-life materials such as spent automotive catalysts and electronic scrap remained under competitive pressure.

As part of Umicore’s endeavors to improve environmental performance, several investments are currently underway with the priority being the revamping of the lead refinery to reduce lead emissions further.

Revenues for Jewellery & Industrial Metals increased year on year mainly driven by the recycling activity which benefited from a more favourable metal price environment. Revenues from the product businesses were lower due to reduced demand for silver investment coins.

Revenues for Platinum Engineering Materials were in line with the previous year reflecting stable demand for both glass and performance catalysts applications. Construction of the facility in China for equipment used in production of display glass has started.

The contribution from the trading activity in Precious Metals Management was higher year on year as a result of a more favourable metal price environment. Order levels for the physical delivery of metals also increased, benefiting from higher demand for industrial metals.

While sales volumes in Technical Materials benefited from somewhat better market conditions in Europe and North America, revenues were flat year on year due to the closure of the production facility in China at the end of 2016. Earnings improved as a result of cost reduction and productivity measures. Alternative strategic options for the business unit, including a possible sale of all or part of its activities, are being considered.

More information on half year results 2017 can be found under umicore.com. 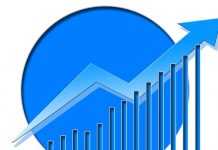 Umicore 2016: Strong growth in catalysts and batteries, loss in recycling