Axion Polymers produces three types of recycled polymer from their advanced re-processing plants for Automotive Shredder Residue (ASR) derived from End of Life Vehicles (ELV) and WEEE. These are Axpoly PP (polypropylene), ABS (Acrylonitrile Butadiene Styrene) and HIPS (high impact polystyrene) and are the most common plastics used in the automotive and E&E markets over the past 15 years. The Axpoly® polymers can be used as a direct replacement for virgin polymer, or combined with virgin polymers to produce a high-grade polymer with recycled content that can be used in demanding applications.

The new study was prompted by recent investment in more efficient separation processes and improving throughput that has increased the yield of finished polymers. Axion based its methodology on the similar process stages to making oil-based polymer from crude oil to allow a direct comparison between the process routes and resulting carbon emissions.

The calculations were done by Axion’s Head of Engineering & Research, Richard McKinlay who says: “These ‘new metrics’ of the circular economy are the numbers that need to be considered by designers and specifiers of polymer materials when selecting plastic for use in new parts and components on all types of consumer goods and vehicles.”

Axion Director Keith Freegard explains: “What we’ve confirmed is that as our process technology has developed, our throughput has increased, our efficiency has improved and our power consumption per unit output has got much better with lower wastage and better yield; then that all pays off in an improved carbon footprint per tonne of output product.”

He continues: “This proves to me that actually using a carbon footprint metric is a really good way of tracking if your process is an efficient conversion of waste into finished product.”

To be applied in the form of taxation

According to Keith Freegard customers can benefit from their analysis by demonstrating the carbon savings credited to their finished moulded products. “We’ve already heard from some customers who are excited about having a new updated number on the savings that accrue to them. We’re also happy to provide a bespoke carbon analysis on their operations so they gain the benefit from the work we’ve done of measuring our own carbon footprint.”

Referring to recent calls by major petrochemical companies for a ‚carbon tax‘ to accelerate the transition to a circular economy and minimise environmental impact, Keith suggests that now would be a good time to apply this type of metric in the form of taxation on major manufacturers.

He adds: “Of course, if everyone along the manufacturing chain was picking up their tax for the carbon impact of what they did, there’d be a huge financial driver for producers to switch from virgin polymers to recycled grades. One day that will come!” 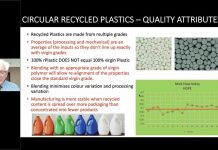 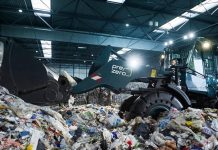 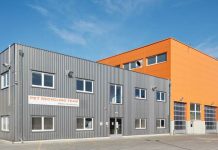