Brussels — In the background of increasingly uncertain global markets, European production of paper and board demonstrated resilience in 2016. This not only continues the trend of recent years but exceeds the performance of other key paper-producing regions including the United States and Canada.

European consumption of paper and board has exhibited a rise for the third consecutive year, growing by 0.3 percent in 2016, driven by stronger demand for certain categories of paper products particularly sustainable packaging, hygiene and speciality papers. The rise in consumption has also had a knock-on effect on imports into CEPI countries which rose by 4.5 percent in 2016 (7.2 percent of total European paper consumption). Despite this trend and increased competition globally the industry remains a net exporter, exporting approximately 21 percent of its production.

On another positive note a 2.7 percent increase was witnessed in pulp production putting a halt to recent years of decline. This was buoyed by an increase (17.8 percent) in the export of market pulp to non-CEPI countries, particularly Asia (20.8 percent increase). 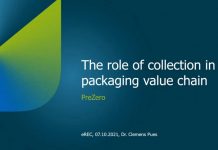 The Role of Collection in Packaging Value Chain 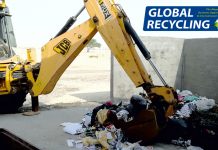