Performance was notably driven by a substantial positive price effect on secondary raw materials, particularly scrap metals and paper, up 64 percent and 22 percent respectively, compared with 2016. Volumes processed were up +1.9 percent, notably due to the commissioning of new energy recovery plants in the United Kingdom. The International division continued to increase revenue with +3.3 percent organic growth.

Chief Executive Officer Jean-Louis Chaussade commented on the first-quarter 2017 results: „Our business in the first quarter is encouraging. Revenue growth posted by the Recycling & Recovery Europe division was particularly strong, fueled by the rebound in raw materials prices and the increase in treated volumes. The International division continued to show growth after a satisfactory year in 2016. Revenue in the Water Europe division edged up slightly, helped by resilient volumes sold in all regions, despite flat inflation rates in both France and Spain. Hence, organic growth of earnings was solid. In this context, we are confident that we will achieve our 2017 targets.

„At the same time, Q1 2017 saw a major milestone for the Group with the signature of an agreement with GE to acquire the US company, GE Water. This deal strengthens SUEZ’s global leadership in industrial water services, a growing and strategically important market for the Group. Moreover, it will also strengthen the Group’s international footprint, especially in the United States. The transaction is expected to be closed as planned during third-quarter 2017.“

The full first-quarter 2017 results can be downloaded under suez.com. 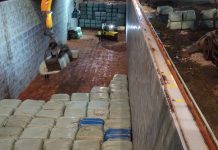