Ancenis, France — Manitou Group, one of the world-leaders in all-terrain material-handling, has published its Q1 2017 sales revenues. „With an increase of +22 percent in our sales revenue relative to the first quarter of 2016, our activity in the first quarter reflects both the improvement of the performance of Manitou, the recovery of most of our markets, as well as the effects of the scheduled termination of the law on accelerated depreciation of investments in France“, stated Michel Denis, President & Chief Executive Officer.

According to him, the Group’s growth was experienced across its entire geographical range. In the construction sector, growth was particularly dynamic in Europe and in North America, with that region experiencing a major upsurge in rental companies. The revenues by sales areas in Q1 2017 show an increase of 11 percent in Southern Europe, 29 percent in Northern Europe and 32 percent in America relative to the first quarter of 2016.

The excellent start to the year with a very strong seasonality as well as the size of our order book lead us to raise our anticipation for 2017 with now a growth in sales revenues of 7 to 10 percent and an improved recurring operating income of 50 to 70 basis points relative to 2016.“

Manitou announced March 26, 2017 the acquisition of Terex Equipment (TEPL) in India. Founded in 2003, this company is specialized in design, manufacture and distribution of construction equipment, mostly backhoe loaders and skid steer loaders and achieved a €30 million revenue in 2016, mostly in Southern Asia. Manitou Group reinforces its ambitions for the handling market in India and, on a broader level, in Asia and emerging countries. The group will be able to rely on a company already well-established in India and supported by a structured dealerships‘ network and a solid service organization. This acquisition will thus enable the Manitou group to respond to local markets thanks to a qualitative industrial tool. This acquisition will be finalised over 2017 first semester. 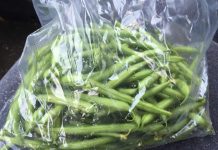