In March, the European Parliament (EP) voted on the Circular Economy Package and opened “a window of opportunities“ for the sector, the European Federation of Waste Management and Environmental Services (FEAD) underlined in its commentary. “By setting very ambitious recycling targets, the European Parliament has given a clear signal for our members’ companies who are amongst the leaders at global level in recycling and recovery. This regulatory push will pave the way to a circular economy in which our private companies play a key role by producing resources which can be re-injected in the economy and by supplying energy, thereby creating jobs.”

Like other sector associations in Europe, FEAD argues that the regulatory push (targets) needs to be complemented by the creation of sustainable markets for these recycled materials which are globally traded commodities and are subject to volatile prices. For these secondary raw materials the demand and supply could be better compensated globally than locally.

Another positive feedback received the Parliament’s vote on the Circular Economy Package (CEP) from the Association of European Producers of Steel for Packaging (APEAL); it gives a strong mandate to the EP in the trilogue discussion with the European Council and Commission. According to APEAL, swift implementation of the CEP would deliver numerous benefits, specifically “a harmonized EU approach, greater legal certainty and a more viable internal market”.

Recycling and trading of raw materials provide many business chances – nationally and globally. However, the recycling industry is going through constant change and adaption, as has been pointed out by the Bureau of International Recycling’s Latin America Committee some weeks ago. According to the information, the companies have to be prepared for possible shifts in raw material flows not only due to regular trade factors but also due to possible tariffs and protectionist policies that might be erected by different countries; products could be directed to the appropriate markets with a strong and sustainable demand.

The benefits of recycling have been recognized in many parts of the world. The situation in the European Union which is on the road to the circular economy is described from page 14 onwards. Furthermore, “Global Recycling” has asked Michael Schuy, President of the European Recycling Industries’ Confederation (EuRIC), how the vision of a market-driven circular economy could become reality (page 18). As a Member State of the European Union, the Netherlands are seriously heading towards a circular economy (page 21). A further topic is the Brexit and its impacts on UK’s residual waste arising and treatment capacity (page 24).

In Lebanon, where more than one million Syrian refugees live, there is a waste management policy wanted (page 26). And in India, a circular economy development path could create a high value, a new report says (page 4). 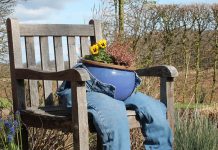 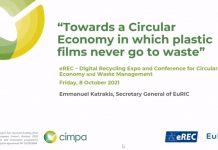 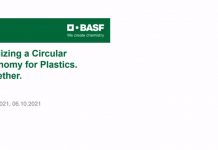 Realizing a Circular Economy for Plastics. Together.