Fredericia, Denmark – Novo Nordisk, Novozymes, Bigadan and DONG Energy have just signed an agreement for a new biogas plant in Kalundborg that will convert residues from the factories of Novozymes and Novo Nordisk in Kalundborg to bio natural gas which can be fed directly into the Danish natural gas grid. The biogas plant will process approximately 300,000 tonnes of biomass per year. All nutrients passing through the plant will be recovered for fertilisation purposes.

„This is a great example of how residues can be utilised even better. Biogas in our natural gas grid is a good supplement to the green power from wind and solar power and the green district heating from our power stations. This project is therefore an important step in the direction of a green, independent and economically sustainable energy system,“ comments Thomas Dalsgaard, Executive Vice President in DONG Energy.

In Kalundborg, Novo Nordisk and Novozymes have a large-scale production of enzymes and insulins, among other things, that are sold all over the world. Now, biomass from this facility will be converted into energy in a local plant. The production of enzymes and insulin is based on fermentation processes and can be compared with beer brewing. This opens up the possibility of reusing the residual biomass. With the new biogas plant, the residues will first be converted into biogas which will then be upgraded to bio natural gas. And when the biomass has been processed at the biogas plant, it will continue to be used as fertiliser in the fields, just like it has been for several years already.

„This agreement is a double-up in terms of reusing Novozymes‘ residues, and both the environment and Novozymes are gaining from it. It’s important to Novozymes to reduce the environmental impact from our production. For several years, we’ve invested heavily in reducing energy consumption by reusing our resources. We’ve succeeded in this and now we’re taking the next step,“ says Jesper Haugaard, Head of Novozymes‘ production in Europe.

Construction of the new biogas plant will commence in March 2017, and the plant is scheduled for commissioning already in the spring of 2018. The biogas plant will have a production capacity of 8 million m3 of natural gas per year. This corresponds to the natural gas consumption of approximately 5,000 households. 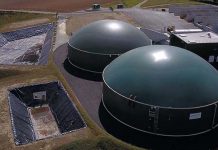 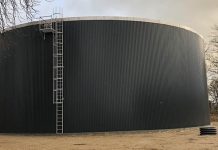 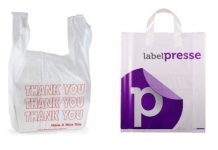