Croydon, UK — Recolight has welcomed a further increase in the UK’s annual waste lamp recycling rate. Data recently released by the Environment Agency (EA) shows that the 2016 rate was 47.5 per cent – up nearly 4 per cent from 43.6 per cent in 2015. At the same time, the luminaire rate increased from 4.4 per cent to 7.1 per cent.

Commenting on the news, Nigel Harvey, Recolight CEO explains: “It is pleasing to see that the lamp recycling rate in 2016 has continued to grow from 2015. During 2016, Recolight was particularly active in expanding our free of charge recycling service, and this has undoubtedly contributed to the growth.”

In Recolight’s view, the peak lamp WEEE is now reached. Harvey: “In future years, we expect the tonnage of waste lamps to decline, as fluorescent are increasingly replaced by longer life LEDs. This may have an impact on recycling rates in the longer term.”

The lamp recycling rate from 2013 to 2014 saw a drop when, for the first time, the lamp data included LED lamps as well as Gas Discharge Lamps. With very large quantities of LEDs being sold – but very few being returned as WEEE, the inclusion of LEDs inevitably reduced the recycling rate.

Turning to the luminaire recycling rate, Harvey added: “The luminaire recycling rate has jumped from 4.4 per cent in 2015 to 7.1 per cent in 2016. In 2016, Recolight further expanded the service it provides the customers of its members. Many of Recolight’s members undertaking larger, multi-site LED luminaire rollouts now benefit from the onsite collection of the waste lamps, traditional fittings, and batteries that arise.”

The luminaire recycling rate is lower than that for lamps as many are returned as scrap metal, and not properly reported and recycled as WEEE. 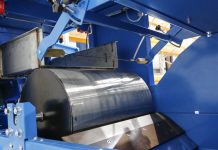 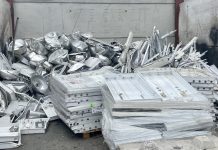