Tel Aviv, Israel — Illegal waste management, unlawful waste disposal, encroachment, illegal mining, theft, water pollution, conducting business without a license: These are just some of the offenses to which the owner, managers, and workers of a waste disposal site in northern Israel admitted. The accused accepted a plea bargain, after being charged with a myriad of environmental violations.

The charges were filed following an investigation by the Israel Police, in coordination with the Green Police of the Ministry of Environmental Protection (MoEP). The total fine for all those charged is NIS 485,000 (€ 124,000).

Charges were filed against the company, S.K. Avodat Afar V’Pituach Sharon Cohen, after investigators found it was carrying out illegal mining in the Pardes Hanna-Karkur area, and then sold the mined land for construction. The company then operated a waste disposal site in an unauthorized area. At the same time, it operated an illegal waste transfer station.

An indictment was filed against the owner, company managers, and two workers. Aside from the financial fine, the defendants were sentenced to up to six months in prison, to be served in community service. 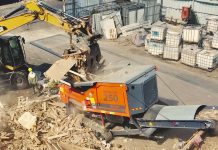 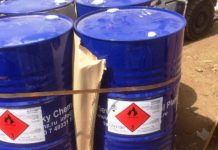