London, UK — The World Steel Association (worldsteel) has released its Short Range Outlook for 2014 and 2015. worldsteel forecasts that global apparent steel use will increase by 3.1percent to 1,527 Mt in 2014 following growth of 3.6percent in 2013. In 2015, it is forecast that world steel demand will grow further by 3.3percent and will reach 1,576 Mt.

Chairman of worldsteel Economics Committee, Mr Hans Jürgen Kerkhoff said: “In 2013 world steel demand grew higher than our previous forecasts due to a stronger than expected performance in the developed world in the second half of the year. In particular, the recovery in the United States gained strength. In addition the downturn in the EU bottomed out and we now expect that steel demand in the Eurozone will move into positive growth in 2014. On the other hand, many emerging economies continue to struggle with structural issues and financial market volatility. This, along with China’s deceleration, is the reason for our slightly lower global growth rate forecast for 2014. In 2015, growth in most parts of the world will accelerate thanks to a continuing steady recovery in the developed economies and an improvement in the situation for the emerging economies. But China’s steel demand will further decelerate and this will prevent the broad recovery momentum from registering a higher global growth rate for 2015.“

And he addded: „We continue to see challenges. The recovery in Europe is still only mild and constrained by high debt and unemployment. Structural problems in the emerging economies are less likely to be resolved in the short term leaving them fragile and susceptible to external shocks. We are still seeing unexpected unstable political situations in many emerging economies. In this regard, the development involving Crimea raises a high downside risk for our outlook for the CIS region. Finally issues remain surrounding China’s debt and real estate bubble.“

Hans Jürgen Kerkhoff finally: „In short, the global steel demand recovery continues but growth is stabilising at a lower rate with continued volatility and uncertainty leading to a challenging environment for steel companies.”

After growth of 6.1percent in 2013 with support from government infrastructure investment, apparent steel use in China is expected to slow to 3.0percent growth in 2014 to 721.2 Mt as the Chinese government’s efforts to rebalance the economy continues to restrain investment activities. In 2015, steel demand growth is expected to further decelerate to 2.7percent.

In India, steel demand is expected to grow by 3.3percent to 76.2 Mt in 2014, following 1.8percent growth in 2013, due to an improved outlook for the construction and manufacturing sectors, even though this will be constrained by high inflation and structural problems. Despite uncertainties relating to the impact of upcoming elections steel demand is projected to grow by 4.5percent in 2015 supported by the expectation that structural reforms will be implemented.

Following a 2.0percent increase in 2013, because of the moderate GDP recovery as a result of “Abenomics”, apparent steel use in Japan is expected to contract by -1.0percent to 64.6 Mt in 2014 due to the consumption tax hike affecting the construction and automotive sectors negatively. In 2015, steel demand is expected to increase by 0.5percent.

In Central and South America, apparent steel use is projected to grow by 3.4percent to 50.9 Mt in 2014 down from 4.3percent in 2013. This is forecast to slow further to 2.7percent in 2015 due to contraction in Argentina and a sharp slowdown in Chile. In Brazil, steel demand growth will slow to 3.0percent to 27.2 Mt in 2014 and 3.2percent in 2015 as high inflation and interest rates continues to restrain economic growth.

After a contraction of -0.2percent in 2013, apparent steel use in the EU (28) is expected to grow by 3.1percent in 2014 to 143.3 Mt with help of the construction sector which is gradually bottoming out. Underlying trends at national level will continue to differ, but it appears that Southern Europe has passed its lowest point. Apparent steel use in Germany is expected to increase by 4.5percent in 2014, Italy by 2.6percent, France by 1.0percent and Spain by 3.0percent. A steady transition to a broader and more durable recovery will result in steel demand growth of 3.0percent in the EU (28) in 2015.

Apparent steel use in the CIS region is projected to grow by only 1.1percent reaching 59.5 Mt in 2014 due to slow investment, but will grow by 3.7percent in 2015 with Russian steel demand accelerating to 4.4percent growth. Steel demand in Ukraine will continue to contract in 2014 but the fall will be limited to -3percent to 5.4 Mt due to financial assistance from the International Monetary Fund.

The worldsteel Short Range Outlook by region 2014-2015 is available too. 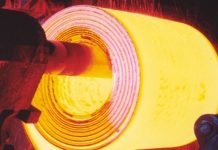 worldsteel released its Short Range Outlook (SRO) for 2020 and 2021 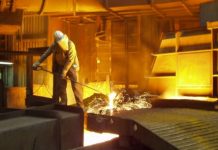 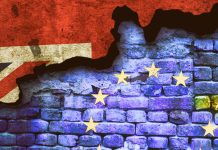