So in a new publication titled „The excellence of the plastics supply chain in relaunching manufacturing in Italy and Europe“, producers of raw materials and all federations of the plastics supply chain in Italy not only want to show that the plastics industry is the real backbone of manufacturing in Europe and Italy. The study moreover shows that the Italian plastics industry is a sector of excellence, with certain positively world-class assets like processing technologies, new „biopolymers“ and the recycling of plastics can and must play a decisive role in helping Italy and Europe get out of the crisis.

Amongst others, the end-of-life cycle of plastics plays an important role. End-of-life management is – and will be in the future – of even growing strategic importance: By 2015 a 30 percent increase in mechanical recycling is expected (from 5.3 to 6.9 million tonnes).And disposal and incineration with energy recovery will remain the primary solutions in waste management.

As the paper tells, Italy should be looking to the successful experiences promoted for some time in central-northern European countries which have achieved major results in recycling/energy recovery including meeting the goal of „zero plastics to landfill“: For example, in Germany between 2004 – the year the law prohibiting disposal of plastic waste to landfill came into effect – and 2011, the share of plastic destined for energy recovery rose from 38 percent to 56 percent, while that subject to mechanical recycling rose from 37 percent to 42 percent.

The paper ends: „Upgrading the entire plastics second life cycle in Italy could improve the national context in support of the spread of end-of-life awareness that could create synergies (together with plastics manufacturing, processing and machinery-producing industries) with the competencies Italy has in developing waste collection, recovery and recycling models: this would make it possible to give plastics recycling and recovery a central role in waste management.“

„The excellence of the plastics supply chain in relaunching manufacturing in Italy and Europe“ can be downloaded from plasticseurope.org. 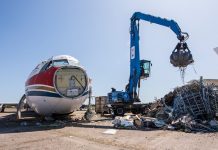 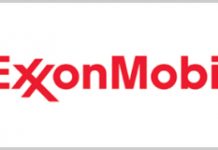