Brussels — The European Parliament has reached an overall compromise on Emission Trade System Phase IV. The adopted text puts on the table a hybrid model for indirect carbon costs compensation aiming to create a level playing field for all European installations and to improve predictable support through national budgets. However, the proposed hybrid model will penalise best performers; unless the Council agrees on state aid rules to allow full compensation up to the benchmark levels, for the entire trading period.

The European Parliament adopted in plenary the amended text for the Emissions Trading System (ETS) for 2021-2030. European Aluminium welcomes the hard work driven by Rapporteur Ian Duncan and, in particular, the proposal for a centralised fund for indirect carbon costs to complement the current national support schemes.

Gerd Götz, Director General of European Aluminium said, “The European Parliament is sending a strong signal to Council members. Indirect and direct carbon costs should be treated equally. The creation of the indirect carbon costs fund is a courageous step by MEPs and this debate cannot be ignored in the Council. Our industry calls all national governments to consider this option seriously and improve it by ensuring a maximum possible level of compensation at national level. This could represent a turning point for our competitiveness both in Europe and beyond”.

However, the adopted text calls for a progressive limitation of national compensation over the next phase. Götz recalled the risks of such an approach: “Europe’s industrial footprint is one of the most efficient in terms of GHG emissions and energy efficiency. Reducing national compensation for indirect carbon costs over time is a boomerang that will just come back to hit us in the face. In combination with an increasing carbon price, reducing compensation level would only result in penalising best performers; a total contradiction to the intention expressed by the European Council conclusions in October 2014. We need to think big and for that we should combine the best part of the Parliament’s centralised approach with a maximum level of national compensation. This strong hybrid model will protect jobs, innovation and sustainable production in Europe”.

The full Ecofys report can be downloaded under ecofys.com. 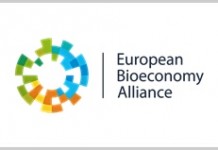 EUBA warns against a tiered approach to the carbon leakage list