Umicore 2016: Strong growth in catalysts and batteries, loss in recycling

Brussels — Presenting the 2016 full year results, Umicore shows that revenues and recurring EBIT from continued operations were up 3 percent and 7 percent respectively. Revenues for the Group including discontinued operations were up 1 percent and recurring EBIT increased by 6 percent. Strong growth in Automotive Catalysts and Rechargeable Battery Materials more than offset the impact of lower metal prices on the various recycling activities.

Capital expenditures amounted to € 287 million, most of which relates to growth investments in clean mobility and recycling. Expansion works to triple capacity for cathode materials in China and Korea by the end of 2018 have started. In Automotive Catalysts the new production plant in Thailand has been commissioned and production is ramping up. Investments in auxiliary equipment have been completed in Hoboken as part of the expansion.

Umicore’s growth investments include projects aimed at further enhancing the company’s environmental performance. In particular, a series of projects was initiated in the Hoboken recycling facility to further reduce metal emissions. This will focus in first instance on a revamping of the lead refinery in order to both curtail the risk of emissions and further improve occupational health at the plant.

Non recurring elements amounted to a charge of € 110 million to EBIT, of which € 69 million corresponds to the fine imposed by the French Competition Authority in relation to Umicore’s Building Products activities in France. The balance reflects mainly the closure costs for two production sites in Europe and China.

In Europe, Umicore’s volumes and revenues outperformed car production growth, which was up by 2.6 percent. Demand for Umicore’s catalysts for gasoline engines was strong due to the success of recently launched gasoline platforms on which its catalysts are present. This was particularly the case for direct injection gasoline engines. As previously announced, Umicore is optimizing its production footprint in Europe. In Germany this involves consolidating automotive catalyst production into a single dedicated facility in Bad Säckingen, while in Poland, the newly commissioned plant in Nowa Ruda will expand its capacity.

Revenues and volumes for Rechargeable Battery Materials were significantly higher year on year driven by burgeoning demand for NMC (nickel manganese cobalt) cathode materials used in the transportation segment. In this market segment the increasing market penetration of electrified car models and the use of larger batteries enabling a longer driving range are strong fundamentals for growth. Umicore, with its diversified customer base and wide range of NMC materials, is well positioned to benefit from this growth.

The expansion program to triple capacity for cathode materials in China and Korea by the end of 2018 is on track and new capacity will gradually come on stream as of the second half of 2017. Ongoing smaller capacity debottlenecking projects in China were completed at the end of 2016.

As part of its growth strategy in battery materials, Umicore also acquired the full ownership of three NMC patent families for cathode materials that are the reference for large format lithium ion batteries which are typically used in automotive and energy storage applications.

Revenues and earnings for Recycling were down 3 percent and 12 percent respectively, reflecting the impact of lower metal prices.

Revenues for Precious Metals Refining were slightly down year on year due to lower demand for specialty metals, particularly selenium, tellurium and indium as well as lower received prices for PGMs. Although demand for specialty metals picked up somewhat towards the end of the year, prices remained well below the levels seen in recent years; this was also the case for PGM prices.

Revenues for Jewellery & Industrial Metals were stable compared to the previous year. The refining activity benefited from higher volumes, particularly for gold-containing residues. Revenues in the product businesses, however, were impacted by a lower demand for silver coins from the European and North American mint producers. Demand for industrial applications and jewellery products was stable.

Revenues for Platinum Engineering Materials increased slightly year on year as a result of higher demand both for glass and performance catalyst applications. Previously implemented cost reduction measures also had a positive impact on earnings.

Revenues for Technical Materials were slightly down as trading conditions remained challenging, particularly in Europe. Earnings were higher though, reflecting the benefits of the cost reduction and productivity measures. Additional steps are being considered to improve the competitiveness of the business as well as a possible divestment of parts or all of the business unit. In this context, the business unit recently closed its production facility in China, where structural overcapacity in the contact and brazing materials market had rendered a local production presence unsustainable.

Umicore is well on track to reach its Horizon 2020 objectives. Umicore’s clean mobility activities are expected to deliver solid growth in 2017. Strong demand for Umicore’s cathode materials for automotive applications should drive volumes in 2017 with volume growth expected to be more pronounced in the second half of the year when new capacity will gradually come on stream. Although no major new emission norms will be introduced in 2017, demand for automotive catalysts is also set to grow.

In the recycling activities, the ramp up of capacity in the Hoboken plant should lead to higher processed volumes compared to 2016. As anticipated, the incremental volumes are likely to be somewhat less beneficial in terms of margins.

The full report can be downloaded under umicore.com. 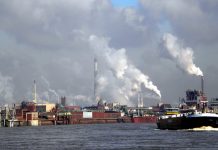