EU steel market: Rising imports absorb 25% of demand in the second half of 2016

Brussels — EU steel demand is expected to continue to recover in 2017 and 2018. A key concern for the European Steel Association (Eurofer) is the ongoing rise in imports as a result of unfair trade practices. Having grown 3 percent year-on-year in the first half of 2016, the second half of the year saw EU apparent steel consumption stabilise relative to the same period in 2015. Distributors trimming stocks, a common – largely seasonal – phenomenon in this part of the year, weighed on a still positive trend in real steel consumption. On balance, the EU steel market expanded by 1.8 percent in 2016.

In 2017 and 2018, apparent steel consumption is forecast to continue to grow, albeit at a modest rate, thanks to the expected ongoing recovery of real steel consumption and a mildly positive impact of the stock cycle.

Axel Eggert commented: “Eurofer’s key concern is that the gradual recovery of steel demand in the EU market is being hampered by unfair trade. In the absence of structural solutions for excess global capacity and state subsidisation, overproduction will persist and will continue to severely distort world trade in steel. This being the case, remedial measures to restore fair trade conditions in the steel sector must prevail. We therefore urge the European Commission to continue to vigorously implement trade defence measures against dumping into the EU.”

Having grown relatively strongly in the first half, activity in steel-using sectors gained only a little momentum in the third quarter of 2016. Construction activity was particularly weak in Central Europe, with activity registering a double-digit decline. Meanwhile, activity in the transport equipment sector in general, and the automotive industry in particular, continued to expand at a healthy pace.

First estimates for Q4-2016 production activity are for a further slowdown in year-on-year growth, which predominantly reflects a base effect. All in all, activity in the steel-using sectors is estimated to have grown by 1.8 percent in 2016.

Prospects for 2017 and 2018 are again mildly positive. Solid consumer demand in the EU and from 2018 onwards, improving demand for capital goods should support activity in most sectors. Export-oriented sectors are expected to benefit from strengthening international trade. Total production activity in the steel-using sectors in the EU is forecast to expand by around 2 percent per annum in 2017 and 2018.

EU economic momentum gained some strength in the final quarter of 2016, following rather modest growth in the two preceding quarters. This implies that the economic recovery continued despite concerns regarding Brexit, the outcome of the US presidential elections and other internal and external risks and uncertainties. Private consumption remained the key driving force of economic growth during 2016.

The basic economic growth scenario is for the recovery to continue in 2017 and 2018, albeit at a slightly slower growth rate than in the preceding two years due to fading tailwinds from very low oil prices and inflation. This is expected to result in private consumption growth moderating somewhat over the coming two years. Improved prospects for global growth momentum and, as a consequence, international trade bode well for the EU export sector, with euro area entrepreneurs for the time being benefitting from the weakened euro. 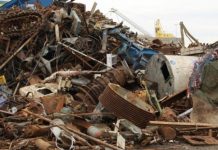 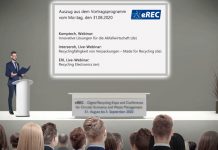 Sign Up for Your Virtual Experience: Be Part of eREC Recycling... 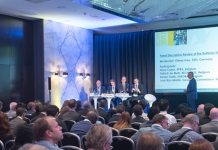