Brussels — Over 800,000 new jobs could be created across the EU if MEPs in the European Parliament’s Environment Committee vote for both an ambitious recycling target and to strongly support the refurbishing and reusing sectors today, says the European Environmental Bureau (EEB).

Ambitious and intensive support from MEPs for European recycling, reusing and repairing industries could create 867,000 jobs in the EU by 2030 – enough to employ one in six of the currently unemployed young people in the bloc.

According to Piotr Barczak, Waste Policy Officer at the EEB, “creating new jobs and slashing marine litter are just two of the benefits that boosting recycling targets and helping the repair and reuse industries could bring. But to truly reap these rewards, MEPs must support ambitious recycling and repairing targets in this crunch vote.”

Environment Committee MEPs must demand that 70 percent of all waste created in the EU is reused or recycled by 2030, and also set a clear target for the repairing and reusing of waste. MEPs must also act to halve the amount of marine litter the EU pumps into the world’s oceans by 2025. They could do this by phasing out unnecessary, non-reusable packaging and plastic items which are only used once, such as disposable cutlery.

MEPs can help countries failing to hit recycling targets by encouraging them to boost recycling rates more quickly, says EEB. Rather than allowing them extra time to meet these targets, MEPs should support waste prevention schemes, the creation of better separate collection systems, progressive economic tools such as tax cuts for repair work and improving recycling infrastructure in these countries. 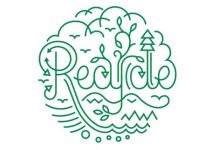 An average rate of 63 percent: Recycling in Wales continues to...