Start English A turnover of more than €700 billion: Green jobs are a success...

Brussels — Governments and businesses are discovering that protecting the environment is good for business and jobs. The EU’s economy depends heavily on the environment. According to 2013 figures, environmental economy or ‘eco-industry’ companies employ over 4.2 million people, with a turnover of more than €700 billion.

The latest European Environment State and Outlook Report (SOER) identified that between 2000-2010, during the steepest boom-and-bust period of the last 100 years, Europe’s green industries continued to flourish, growing by 50 percent – giving an average annual growth of 7 percent. European firms now claim around one-third of the global market for environmental protection solutions. With the global market for clean technologies forecast to double by 2020, keeping that share will mean many new jobs.

Despite huge progress made across Europe in green technology and jobs, significant disparities still exist between Member States. In 2014, Danish businesses employed almost 300.000 people in green jobs, representing 11 percent of the total workforce. However, other Member States report a much smaller share.

Many countries have shortages in the skills required to ‘green’ their economies. Workers are needed for new roles and updated traditional jobs, from engineers who design innovative materials to electricians who install solar panels. Training and education policies can promote these skills to maximise opportunities in environmentally friendly and resource-efficient sectors. And as businesses have the staff they need to grow, high-, medium- and low-skill employment can all grow with them.

Furthermore, according to a 2011 study, every time Europe’s resource use falls by 1 percent, it is worth around € 23 billion to business and could lead to 100.000-200.000 new jobs. Realistically the resources used in the EU economy could be reduced by around a sixth, boosting GDP by up to 3.3 percent and creating 1.4 and 2.8 million new jobs.

Green employment is growing. Greater integration of environment and climate concerns into energy and training policies could make it even stronger. 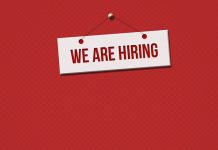 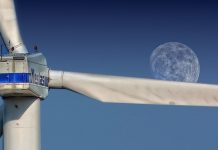