Start Märkte ILZSG: Global lead mine production expected to increase by a further 5.2%

Lisbon, Portugal — The Standing Committee of the International Lead and Zinc Study Group held its Spring meetings in Lisbon on 2 April 2014 under the Chairmanship of Mr. Henrique Santos (Portugal). During the meeting the Committee received a review of the current outlook for trends in world supply and demand for lead and zinc during 2014. This was followed by a meeting of the ILZSG Industry Advisory Panel and of the Economic and Environment Committee under the Chairmanship of Mr. Salim Bhabhrawala (United States).

Forecasting the lead trends for 2014, the outlook shows:

Further information on these topics can be obtained on the ILZSG web site or by contacting the secretariat at root@ilzsg.org. 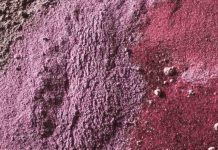