Washington, USA — Plastic bottle recycling held nearly steady in 2015, with a slight decrease of 0.5 percent from 2014, according to figures released jointly by the Association of Plastic Recyclers (APR) and the American Chemistry Council (ACC). The latest report indicates the overall recycling rate for plastic bottles for the year was 31.1 percent, down slightly from 31.7 percent the previous year. Since 2010 plastic bottle recycling has grown by nearly 400 million pounds, increasing on average by nearly 80 million pounds per year, or 2.9 percent annually.

Following 25 consecutive years of growth, several factors contributed to the recent plateau, including a drop in material collected available for recycling, reduced exports and increased contamination of recyclables. In addition, use of plastic bottles in packaging applications continued to expand but was offset by lightweighting and increased use of concentrates with smaller, lighter bottles.

Domestic processing of recycled HDPE continued to grow for the fifth consecutive year. Domestic reclaimers processed over 1 billion pounds in 2015, an increase of 4.4 percent. Total domestic capacity to process postconsumer HDPE grew to 1.46 billion pounds with reclaimers continuing to use assets to process non-bottle HDPE and PP.

“The plastics recycling industry has a history of growth that spans a quarter century and has weathered many factors,” said Steve Alexander, executive director of APR. “As a result of expanded infrastructure and demand, this industry remains well positioned for long-term growth.”

“All of us should remain diligent in recycling our plastics,” said Steve Russell, ACC’s vice president of plastics. “Putting the right materials into the bin helps make processing more efficient, which supports the long-term growth and stability of plastics recycling.”

This year’s survey also found the collection of polypropylene (PP, #5) bottles rose nearly 20 percent to reach 32 million pounds, as the PP collection rate climbed to nearly 18 percent. PP caps, closures and non-bottle containers are widely collected for recycling in the United States, and these data are presented in a separate report on recycling non-bottle rigid plastics, which will be released in the coming months (until then see “2014 Rigids Recycling Report”).

Together, PET and HDPE bottles make up 97 percent of the U.S. market for plastic bottles with PP comprising 1.8 percent, LDPE 0.8 percent and PVC 0.3 percent. 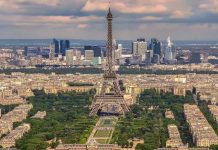