Start English Recycling or Re-Use: Study shows that re-use of textiles is the best...

Copenhagen, Denmark — Each year Nordic consumers purchase around 365,000 tonnes of new clothing and home textiles like bed linen, curtains and towels. That’s about 14 kg per person. Currently, no less than two thirds of all the textiles Nordic consumers buy end in mixed household waste destined for incineration. „That’s a major waste of resources and value“, says the head of the Nordic Waste Group, Marianne Bigum.

As there is a need for better information on the economic and environmental consequences of such choices, the Nordic Council of Ministers commissioned a consortium led by Force Technology and including PlanMiljø (Danmark), IVF Swerea (Sweden) and Ostfold Research (Norway), to investigate the relative environmental benefits of available options for discarded textiles.

Recycling is better than incineration

The results give the clear message that reuse is the best option and recycling is better than incineration, even low-grade recycling. The results point towards a policy for encouraging separate collection and reuse as far as possible, and recycling when the product is no longer fit for reuse.

The Nordic project provides a toolbox that can assist policymakers and businesses when choosing strategies for gathering and treating discarded textiles.

„The potential benefits are large“, says project leader from FORCE Technology Anders Christian Schmidt. „If just a quarter of the 100,000 tonnes of uncollected used textiles that end in Swedish incinerators each year was diverted to reuse, and a further quarter to recycling this would give savings of over 450,000 tonnes of CO2 each year, and more than 50 million cubic metres of water.“

Identify the levels of diversions

Before using the database to calculate benefits, governments and businesses first need to identify the levels of diversions that are feasible. Not all textiles discarded by the first owner are fit to be used again. Some will simply be worn out. Others may not be fit for textile-to-textile recycling due to being made from a mix of fibres. Currently textile-to-textile recycling needs pure fibres.

„The only way of finding out is by looking in people’s dustbins“, says David Watson from consultancy PlanMiljø, „A few small studies indicate that a large part of the clothing we throw in our mixed waste could easily have been reused, but more studies are needed to gain a detailed picture.“

The full report „Gaining benefits from discarded textiles“ (auf Englisch) can be downloaded under norden.diva-portal.org. 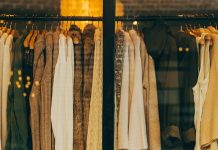 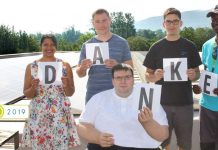 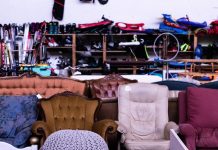