Brussels — The Bureau of International Recycling (BIR) is playing its part in lobbying efforts to persuade the East African Community (EAC) to review its directive to phase out imports of used textiles and footwear by 2019.

The world recycling organisation, the UK’s Textile Recycling Association (TRA), Federec from France and Bangor University’s Economic and Social Research Council in the UK recently funded a delegation that discussed the matter with officials in the region, it was confirmed at the BIR Textiles Division meeting in Amsterdam on October 24.

A key member of that delegation – Jalia Nabukalu Packwood, Sustainability Officer-International Relations at Bangor University’s Sustainability Lab in the UK – explained to delegates in Amsterdam that the six EAC countries of Burundi, Kenya, Rwanda, Tanzania, Uganda and South Sudan regard the ban as a helpful step towards growing their own textiles industry. At the same time, however, used clothing sales represent “a really big trade in East Africa” which provides employment for many thousands of people in these countries. EAC imports more than tripled from US$ 100m in 2001 to over US$ 300m in 2014.

According to a report submitted to the Amsterdam meeting by Pol T’Jollyn of Recutex in Belgium, some EAC countries have already revised their duties and have thus rendered this type of business unworkable.

Based on meetings with various officials in East Africa, including the Speaker of the EAC Legislative Assembly, Jalia Nabukalu Packwood emphasised the need for research to back up the used textiles industry’s call for a continuation of the trade alongside development of the EAC’s own textiles industry, which would entail exporting countries buying new clothes from the EAC in return for exporting partners continuing to access the EAC market with used clothing. “It is important for the exporting countries to consider relevant and meaningful collaborations with the EAC in the textile sector to ensure that the people and the recycling sector do not suffer as a result of the directive,” she underlined.

Summing up the outputs from the various meetings, Jalia Nabukalu Packwood confirmed that the World Bank will take the lead under the Office of Trade and Competitiveness in working with stakeholders and making recommendations to the EAC. Prospective partners include the US Embassy in Uganda which will be the communication point for America’s Secondary Materials and Recycled Textiles (SMART) trade association.

An increase in collections

BIR Textiles Division President Mehdi Zerroug of Framimex in France hailed the delegation initiative as “the start” of a wider process which interested national federations should look to support. Regarding his domestic market, meanwhile, President Zerroug noted an increase in collections to 200,000 tons last year despite some operators going bankrupt. Alan Wheeler of the TRA reported a slower decline in used clothing values within the UK and even reports of small increases, adding that “this is hardly surprising when you bear in mind the spectacular collapse in the value of the pound” which has “temporarily made British exports cheaper”.

Sauro Ballerini of Italy reported weak demand, slow payments and price reductions for the African market, with sorting plants also encountering difficult conditions in India and Pakistan. According to Michael Sigloch of Gras & Sigloch GmbH & Co. in Germany, good-quality sorted textiles can be sold with ease but the mass market in Africa is “very difficult”. 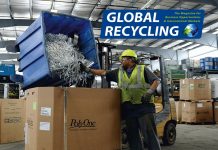 BIR International Environment Council: „We have the good practices“ 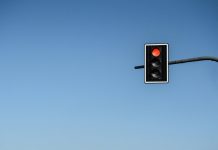