In October, the financial software, data and media company Bloomberg reported, that – based on estimates – about 61.8 million US-Dollar of loose change is accidentally thrown away every year in the United States. “The coins get swept off restaurant tables, mixed in with scraps when people empty their pockets, and vacuumed up from carpets or sofa cushions,” an attentive reader could learn. “The money used to end up in the dump.” But the situation has changed: Landfill-disposal costs rose up to 25 percent within the last ten years in the United States. That had created an incentive for American companies to develop ways to sift through mountains of waste and extract steel, iron, aluminum and copper for sale to recyclers.

This also applies for the US-based company Covanta, an international provider of waste and energy solutions. As reported, an incinerator near Philadelphia “produces” within one year coins worth 360,000 US-Dollar, which can be found in the incineration ashes. But the company has to store the money as it waits for the U.S. Mint to resume coin purchases under an exchange program, which was suspended in November last year, because there have been suspicions of counterfeiting.

According to the information, Covanta has recovered metals from the ashes at its power plants since 2011. Over five years, the company has recuperated more than 2 million tons of metal that was sold to recycling companies. That generated 61 million US-Dollar in 2015, or 3.7 percent of Covanta’s revenue. “In 2017, the company plans to open a central facility to sort aluminum, copper and coins captured at plants in the Northeast and Mid-Atlantic,” Bloomberg informed.

Europe also takes pride in its circular economy. However, there are great differences and, sometimes, enormous deficiencies. In Sweden, the parliament is considering to give people a financial incentive for repairs (home appliances, shoes, bicycles, etc.). As reported, this measure shall meet a growing desire in the Swedish society to consume in a more sustainable way, as well as a broader government strategy to reduce the carbon emissions from consumerism. In contrast to this, in Albania (the country was awarded candidate status by the European Union in 2014) material imports for recycling are not appreciated by all. In October, several thousand Albanians protested to demand the government to “scrap a law allowing waste imports for recycling that has revived fears the country could become Europe’s refuse dump,” the news agency Reuters gave account. But in Slovakia, ReCobal – a new collection and recycling system operating since July, supported by the international service provider Reclay Group – is fulfilling the legal obligations arising from the new Slovak Waste Management Act which came into force in January this year.

The Republic of Turkey – a bridge between Europe and Asia – has shown a very significant development in the field of waste management and is taking steps to achieve the European Union’s status. Recycling becomes more important in this country (page 12). In Russia, there is also a huge market potential: According to the opinion of experts, the waste management – including recycling – will evolve into a multi-billion dollar business (page 24). Furthermore, there is also a requirement for investments in the Republic of Cuba and the demand of foreign investors grows (page 27). 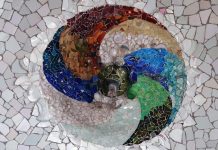 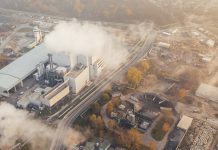