For the second year running, composted wastes which did not reach the quality standards set by PAS 100/110 during 2015 have been accounted for as “Other diversion from landfill” and not as waste recycled. For the 2015 calendar year, the total amount of household waste managed by other diversion from landfill was 226 thousand tonnes, an increase of 33 thousand tonnes (17.2 per cent) from 2014. The decrease in waste being sent to landfill is a combination of increased recycling and an increase in incineration of household waste. 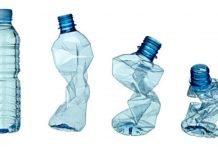