London, UK — The Liberty House Group has launched a metal recycling business, Liberty Metal Recycling (LMR), as a major step towards the achievement of its „Greensteel“ vision to create a competitive and sustainable steel sector in the UK. LMR will develop a network of advanced collection and processing facilities for both ferrous and non-ferrous metals across the UK, USA and continental Europe, and the new company will be led by two of the most widely experienced and respected figures in the global metal recycling industry.

Liberty intends that the new international business will be free-standing and profitable in its own right. The UK metal recycling business will supply the Group’s fast-growing integrated steel business in the UK, which will be based increasingly on domestic scrap, melted in electric arc furnaces and powered by renewable energy.

LMR plans to set up a processing centre at Newport, South Wales where the Group already operates a one million tonne a year hot strip mill and where it aims to recommence liquid steel production in the near future from recycled scrap. In addition to Newport, the Group’s aim in the UK is to locate recycling centres in regions of high scrap metal generation and close to Liberty’s steel melting and rolling facilities. These regions are likely to include the South East, Midlands, North East and Scotland.

Within five years it is intended that the business will be recycling five million tonnes of metal a year in the UK alone. Liberty will simultaneously develop its recycling business in the USA and on continental Europe where it has already opened a scrap collection and trans-shipment operation in Gdansk, Poland. Liberty House executive chairman, Sanjeev Gupta, described the launch of LMR as: “a very significant step on the journey towards the delivery of our ‚Greensteel‘ vision.”

He added: “The projected growth in the supply of scrap in the UK and in other developed economies over the coming years provides the basis for a strong, competitive and sustainable steel industry for the future.” 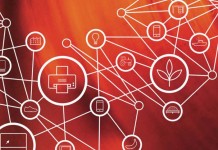