London, UK — The Environmental Services Association (ESA) has launched a new policy paper examining how Extended Producer Responsibility (EPR) could be used to fund litter clean up. Thus, Local Authorities could save £300million each year in litter clean up costs.

ESA’s policy paper “The Role of Extended Producer Responsibility in Tackling Litter in the UK” considers the merits of the manufacturers of cigarettes, chewing gum and fast food contributing to the multi- million pound clean-up costs associated with the littering of their products.

ESA’s Executive Director, Jacob Hayler said: “Cigarette butts and chewing gum are some of the most littered items in the UK. Transferring the cost of preventing and clearing up these items from the public to the private purse could save Local Authorities in the region of £300 million each year”

“ESA’s policy paper recommends the introduction of producer responsibility levies on the manufacturers of some of the most frequently littered items. This money would be used by Local Authorities to cover litter clean up costs or to help fund anti litter campaigns. We are also calling on the Government to consider the role that Extended Producer Responsibility could play in its forthcoming litter strategy.” 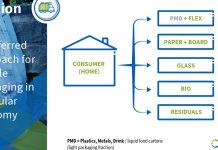