Copenhagen, Danmark — The Danish Minister for Environment and Food is taking the first steps towards rules on scrapping ships to ensure that people and the environment are better protected globally when ships are broken up and recycled. Esben Lunde Larsen, Danish Minister for Environment and Food is now preparing new regulations that will enable Denmark to accede to the Hong Kong Convention, which is a global agreement to ensure that ships are scrapped and recycled appropriately so that both people and the environment are protected against harmful chemicals.

“Scrap ships must not pollute Third World beaches. Ships are often hazardous waste and they must be broken up under appropriate conditions so that they do not pose a danger to human health and safety or the environment. Seeing the shipyards in Asia at which many scrap ships are broken up has made a strong impression on me. Therefore, adapting Danish regulations so that we can accede to the Hong Kong Convention has been an important priority, and it will help set global standards to ensure ships are broken up safely. This will send a strong signal to other countries, and the more countries that accede to the Convention, the quicker we can get it to enter into force,” said Esben Lunde Larsen.

“I’m extremely pleased that the Minister is now making sure that Denmark will soon be able to accede to the Convention. Up to 70 percent of the world’s scrap ships are broken up in Third World countries, so global regulations are vital to ensure that ships are broken up appropriately. Therefore, we must urge more countries to follow in Denmark’s footsteps so that the Convention can finally enter into force. Until this happens, we’re encouraging all our shipping companies to comply with the upcoming requirements voluntarily,” said Anne H. Steffensen, Director General of the Danish Shipowners‘ Association.

Only a small part broken up in Denmark

According to the Danish Shipowners‘ Association, an average of ten Danish-operated ships are sent to scrap every year. Only a small part of these is broken up in Denmark, the rest are broken up at shipyards in primarily India, China and Turkey. Worldwide, approximately 1,000 scrap merchant vessels are broken up every year so that valuable materials such as steel can be used again. By far the majority of these ships are sent to Asia, and they are broken up under unregulated conditions in countries such as India and Bangladesh. Often, these countries do not have the same focus on the environment and working conditions as Europe.

The new regulations have been sent for consultation, and Denmark expects to be able to accede to the Convention in spring 2017.

Source: Ministry of Environment and Food of Denmark 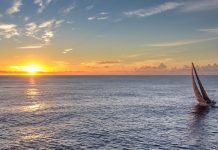